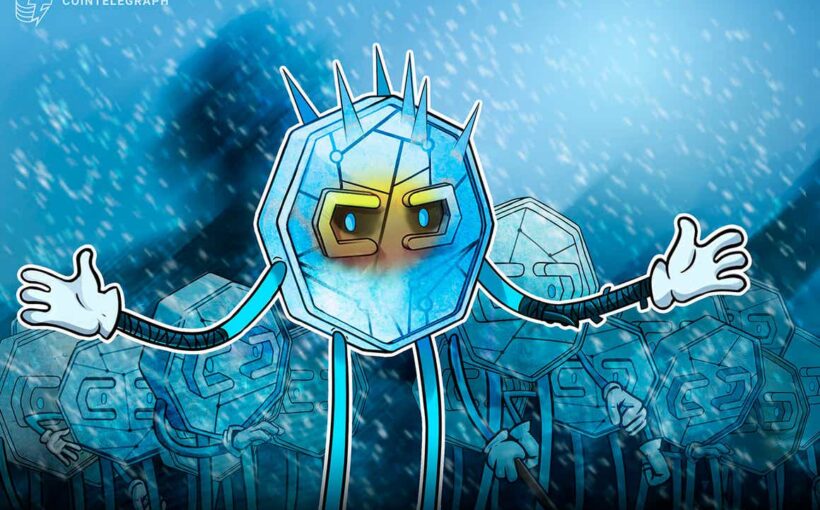 As Bitcoin (BTC) continues to trade sideways around $48,000, Kraken CEO Jesse Powell is not counting out a potential crash on cryptocurrency markets in the short term.

A crypto winter is now “possible,” Powell said in a Dec. 14 interview with Bloomberg Technology, noting that Bitcoin and the crypto ecosystem have historically evolved around cycles based “sort of around the Bitcoin halving.”

But despite a potentially looming crypto winter, Powell is confident that the market will bounce back from a bear market once investors start buying should BTC drop below $40,000:

In the interview, Powell mentioned some of his previous Bitcoin predictions, including his $100,000 Bitcoin forecast for late 2021. The CEO made this prediction in August, stating, “I think we could see $100,000 plus a coin late this year-early next year.” He also predicted that Bitcoin price is going to ‘infinity’ in March.

“It’s hard to know where it goes,” Kraken CEO said in the latest interview, noting that he is still bullish on Bitcoin in the long term. “When you look at a long-term trendline of Bitcoin and it’s just up consistently. I always tell people ‘If you think about buying Bitcoin, think about it as a five-year plus investment.’”

Last week, Bitwise chief investment officer Matt Hougan claimed that $100,000 by the end of the year was a “difficult prediction to make,” suggesting that the price level could come in 2022.