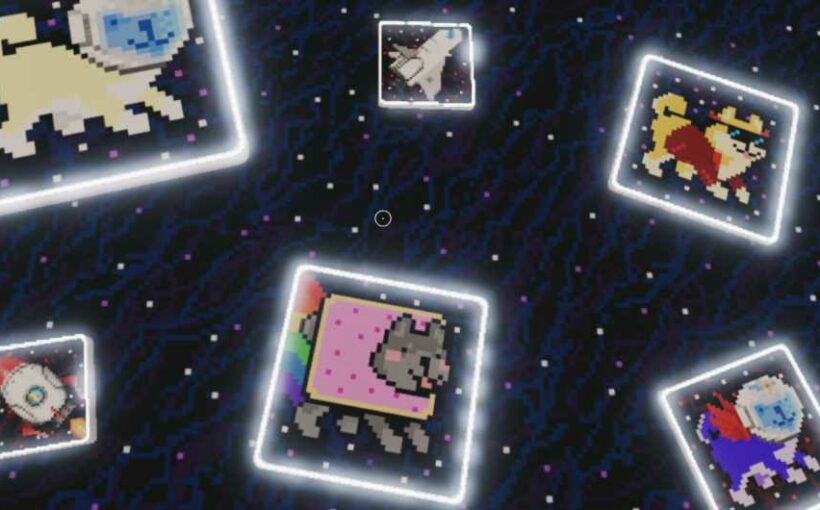 Ethereum based Non-Fungible Tokens (NFTs) are still a small part of the crypto ecosystem afterall according to a new data aggregator, with them reaching a market cap of circa $4.7 billion.

However their early fast growth reflects a bit that of defi with it going from close to zero to now a non negligible size of the art market.

Last year NFTs were not quite a thing with it taking much of this year for the most popular ones to reach a total market cap of $1 billion.

Since August however they’ve taken off, rising with speed close to 5x, in part perhaps because new NFT projects have been added.

Data from NFTGO.io suggests just CryptoPunks have an overall market value of $850 million. Then a somewhat new project, Art Blocks which algorithmically generates ‘art’ NFTs, is the second biggest at $763 million.

Bored Ape Yacht Club, a sort of take on CryptoPunks but with apes, is the third biggest at $350 million. Then there’s Loot which for all the hype is still worth just $160 million.

As you can tell these projects are more collectables, rather than all the NFTs. Some are also missing as there’s no Nyan Cats, no Space Shibas, and doesn’t seem to account for things like Gods Unchained or Axie Infinity.

Nowadays there’s wearable NFTs as well. Soon you can imagine there will be NFTs that make your avatar do cool things, like dance NFTs. Who knows maybe some day you can even buy a ballerina and get her or him to perform. Imagine running a business where your job is getting your avatar to be a great actor.

Dumb? Or a new space for creatives with almost no barriers to entry and almost no cost. The answer currently is $5 billion for a limited number of projects. If we had to estimate, we’d say maybe overall $12 billion as that’s usually the first stop for projects like eth when they first launched.

According to DappRadar in the 3rd quarter NFTs handled $10 billion in volumes. NFTGO puts it at $52 million for today, with there seemingly being some decent liquidity here even though trading is on an auction model.