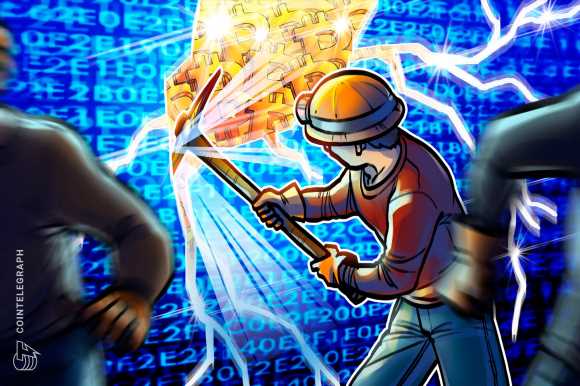 While the broader crypto market suffers through a painful slump, a new report today indicates that Bitcoin miners in Argentina are thriving as they take advantage of convoluted energy policies.

A report from Bloomberg republished in the Buenos Aires Times says that residential mining is picking up due to a mix of factors, including currency controls, energy subsidies, and rampant inflation.

The favorable mix of conditions has even brought in international attention as Canadian mining company Bitfarms Ltd. looks to set up what will reportedly be the largest mining operation in South America — part of a flourishing crypto business scene throughout the country. Earlier in the year, Bitfarms estimated that the new facility could mine BTC at a cost of just over $4,000 per coin.

“Although the price of bitcoin is at its lowest level in the last few months, mining BTC in Argentina is still profitable due to the low cost of energy in dollars,” said Agustin Beltramo, a international crypto reporter for Cointelegraph in an interview.

However, Beltramo cautioned against families rushing out to buy mining equipment, saying that the upfront costs can be more prohibitive than some expect.

“The reality is that even though energy in Argentina is cheap, not everyone is going to see profits overnight. Mining power is a key factor in calculating the benefits of mining in Argentina,” he said.

“Those who have been mining for some time are the real winners, since they have had mining equipment for a long time and it is assumed that they have already amortized it. Those who are just getting started in cryptocurrency mining will see profits in the medium/long term.”

One cheaper option for Argentines looking to make passive income may be operating a Lightning Network node, however. Nicolas Bourbon, an Argentinian Bitcoin advocate quoted in the report, is a vocal proponent of the layer 2: