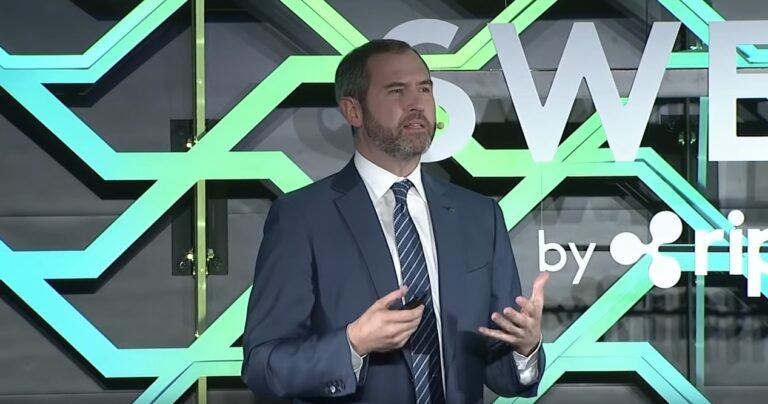 On Tuesday (June 1), Ripple CEO Brad Garlinghouse found an interesting way to express his happiness regarding at something CNBC did that the XRP community had long been waiting for.

It all started on May 25, when CNBC included Californian FinTech startup Ripple in the 2021 edition of its Disruptor 50 list, the goal of which has “always been to identify fast-growing, innovative start-ups on the path to becoming the next generation of great public companies.” Ripple was #38 in this list.

The following day, CNBC’s “Squawk Box” invited the Ripple CEO to appear on the program for an interview, during which co-anchor Joe Kernen asked Garlinghouse what he thinks about people who argue that crypto should be banned just because it is occasionally used for illicit activities (such as for ransom demands).

“I think the question you’re asking is a really important one, and I think it gets to the kind of core of sometimes just a misunderstanding about how these technologies can be applied in a way that actually is really good for businesses, for citizens, for just a community at large.

“And so when we talk about like should we ban something, let’s make sure we understand what we’re talking about. The way ripple uses these technologies, as you introduced, is we can make cross-border payments, which are slow and expensive today, we can make them real-time, very efficient, very low-cost, and that’s good for the global economy.

“We can unlock trillions of dollars kind of trapped capital to make the economy more efficient, and so blockchain technology is going be applied in a lot of really constructive ways. It’s reducing friction, whether that be transaction cost, transaction speed…“

What frustrated the XRP community was seeing CNBC display a graphic on the screen — showing the prices of five of the most popular crypto assets — called the XRP Ledger’s native crypto asset “Ripple” instead of “XRP”.

Following the interview, Garlinghouse sent out a couple of tweets to thank co-anchors Joe Kernen and Andrew Ross Sorkin for the opportunity to talk about Ripple, but interestingly he also pointed out to them CNBC’s mistake.

CNBC finally realized the error of its ways, as XRP influencer “BankXRP” noticed on June 1.

This prompted the Ripple CEO to express his pleasure by tweeting the following words: “I’m doing my happy dance today”.