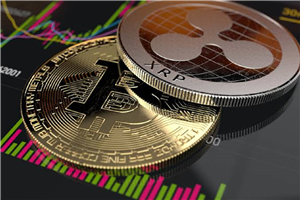 Ripple has sustained the price above $0.5 for a couple of days now. The need for stability came after a rejection from the most recent high of $0.65. XRP tumbled from this level to support provided at $0.48. Meanwhile, the recovery that ensued has been limited to under $0.6.

XRP has been declining within the confines of a descending channel, likely to confirm a bull flag. This pattern is referred to as a bullish continuation pattern in technical analysis. It develops after an extended upward move followed by a correction. The correction signifies consolidation as selling pressure diminishes, giving bulls an opportunity to take over control.

A significant breakout in the direction of the previous, trend is anticipated as the bull flag matures. Typically a breakout is supposed to occur when the price drops to about halfway the flag pole.

As for Ripple, it is teetering at $0.52 at the time of writing. The current battle is to break and settled above the middle layer of the flag pattern. However, pushing for a breakout above the bull flag will result in massive gains above the stubborn resistance at $0.65 and toward $0.75 (yearly high). 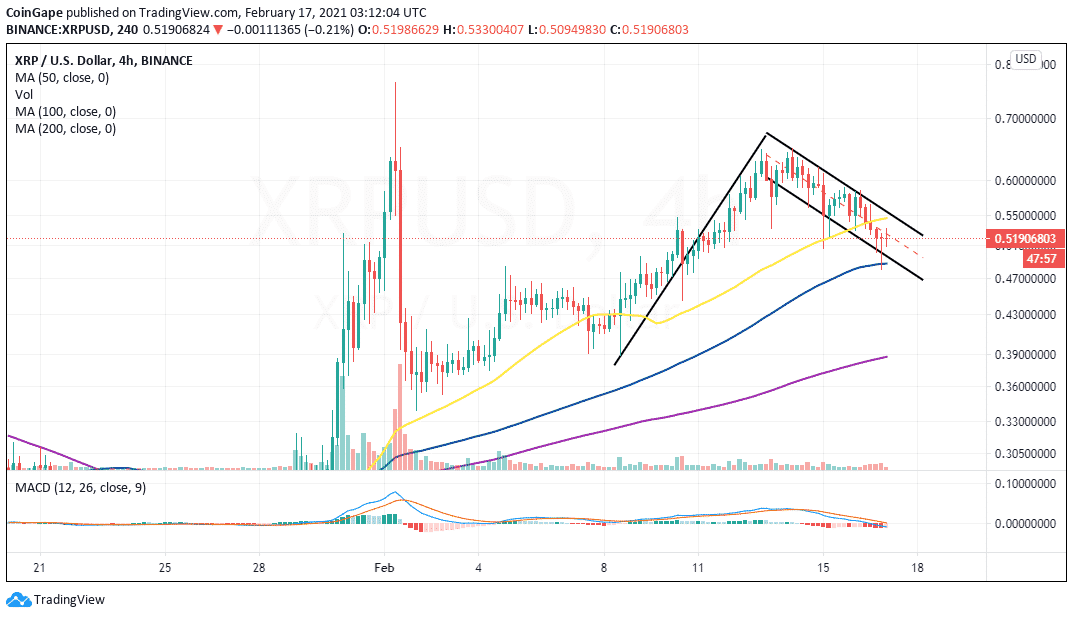 It is worth noting that, sellers are still dominant at the time of writing. The Moving Average Convergence Divergence (MACD) reinforces the apparent control by the sellers. They are likely to remain in control until the MACD line (blue) crosses above the signal line. Besides, other hurdles like the 50 Simple Moving Average (SMA) on the 4-hour chart must come down for the breakout to materialize.