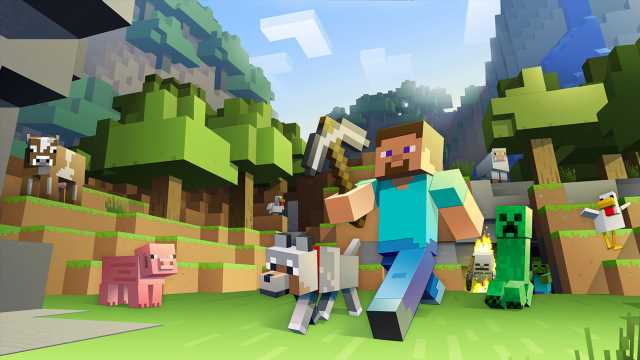 Players who enjoy the best-selling video game Minecraft will be able to transfer blockchain-based non-fungible token (NFT) assets into the game. Microsoft and the company Enjin have issued Minecraft-compatible NFTs in order to celebrate the International Day of Women and Girls in Science.

The video game Minecraft is the most popular game today and the creators have sold 200 million+ copies since it was launched by Mojang Studios. According to the announcement, the latest blockchain-based items are meant to “champion women in science and technology.” The firm Enjin explained that the program leverages the latest NFTs to reward “inclusive behavior.” “Taking this partnership forward, we are delighted to collaborate with Microsoft on the occasion of 6th International Day of Women and Girls in Science, with the Azure Space Mystery game— an educational initiative that awards special-edition digital badges powered by the Enjin Platform,” the blog announcement written by Enjin notes. “Education is key to empowering the next generation of innovators. Enjin is proud to work alongside Microsoft to generate innovative opportunities for merging virtual worlds, bringing digital communities closer together, and celebrating powerful women in science and tech,” Kortendick wrote.

When the challenge has been completed, players will obtain an Enjin Beam QR code that distributes a custom Learner Badger non-fungible token tethered to the Azure Heroes collection.

While the Learner NFTs have an infinite supply, the tokens received during this event will feature custom art that will never be available again. This is made possible by a new special-edition token variant feature developed by Enjin, which allows Microsoft to create unique token art within the core Azure Heroes collection, without having to create new tokens for each event. The Learner NFTs have been integrated with the Minecraft game and holders of the badge will gain exclusive access to the “Mymetaverse Minecraft Network.”

In order to make everything work, developers leveraged the Enjincraft plugin that has been upgraded in order to distribute NFTs. To use badges in the server, users need to link an Enjin Wallet, which is the app where Azure Heroes NFTs can be stored.

The teams say that Microsoft’s Azure Heroes companions can be summoned into the virtual Minecraft world. Further, completing the quest will unlock a number of collectibles in the Minecraft game.

“Enjin’s platform powers innovative projects across the gaming and wider blockchain ecosystem,” Microsoft Azure’s developer engagement lead, Sherry List said. “Our collaboration has allowed Microsoft Azure to integrate cutting-edge technology with educational tools and recognize the contributions of our developer communities around the world,” she added.