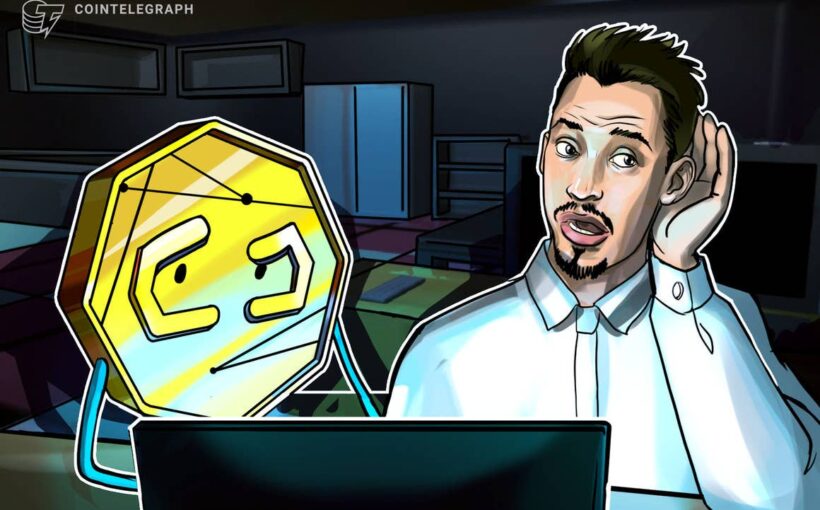 Recent dialogue between MakerDAO developers and the office of anti-crypto Senator Elizabeth Warren’s has revealed a concerning lack of familiarity with the current decentralized finance (DeFi) ecosystem.

On Sept. 20, a screenshot began circulating on social media appearing to show dialogue between members of the MakerDAO community discussing the conclusions from a recent meeting between representatives of the project and the office of Senator Warren.

In the screenshot, pseudonymous MakerDAO Governance delegate “PaperImperium” claims to have spent much of the time convincing Warren that Maker is not the same project as The DAO — an infamous early experiment in decentralized autonomy organizations (DAOs) that suffered a major hack before failing in 2016.

MakerDAO is currently sixth-largest DeFi protocol commanding a total value locked of more than $8.2 billion, according to DeFi Llama.

Despite the confusion, the delegate also concluded that the Senator is “not super interested in us,” adding that they “have a commitment for another meeting” that is expected to take place within roughly three weeks.

While the screenshots shared to social media claim appear to be citing Senator Warren directly, a Sept. 17 thread posted to MakerDAO’s governance forum indicates the project’s delegates would be meeting with Warren’s “economic and banking advisors.”

The meeting comes after increasing efforts from MakerDAO to promote initiatives establishing dialogue between the crypto industry and lawmakers.

Elizabeth Warren has recently become a pariah to the crypto industry, labeling crypto as “the new shadow bank” and a “lousy investment” in recent months.

Earlier this month she suggested it would be “worth considering” prohibiting U.S. banks from holding the reserves to back private stablecoins in a move that could “effectively end the surging market.”

The DAO was one of the first major projects on Ethereum, launched in 2016 after raising $150 million USD worth of ETH through a token sale. The DAO was hacked due to code vulnerabilities and $60 million in ETH was stolen less than 3 months after it launched.

It was one of the most heavily invested crypto projects to date, having attracted 14% of all circulating ETH at the time.

As a result of the incident, the Ethereum community opted to hard fork Ethereum to reverse the attack, with dissenting voices maintaining the old chain to spawn the Ethereum Classic classic chain.