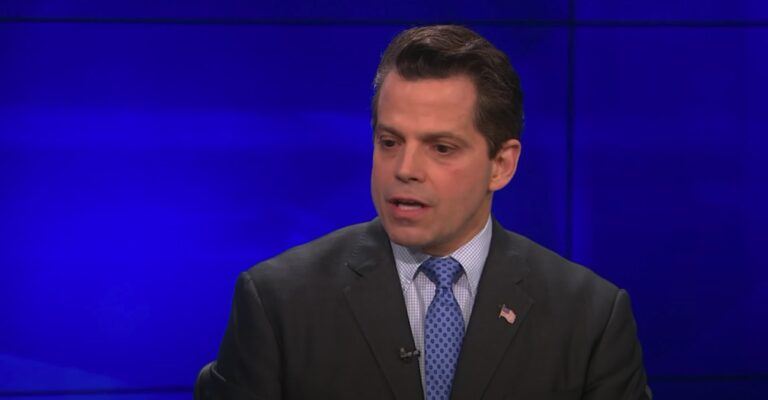 In a recent interview, former White House Director of Communications Anthony Scaramucci, who is the founder and managing partner of global alternative investment firm SkyBridge Capital (“SkyBridge”), said that crypto is a better inflation hedge than gold.

On January 4, Skybridge announced “the launch of the SkyBridge Bitcoin Fund LP, which provides mass-affluent investors with an institutional-grade vehicle to gain exposure to Bitcoin.”

The press release went on to say:

“Additionally, on behalf of its flagship funds, SkyBridge initiated a position, valued at approximately $310 million at the time of this release, in funds investing in Bitcoin during November and December 2020.“

“Do the homework on bitcoin, understand what it is… Anybody that does the homework … ends up investing into it. Look at Ray Dalio, a bitcoin skeptic, now a bitcoin investor... These are brilliant guys [who] did the homework and drew a conclusion that they needed to own a piece of bitcoin.“

Scaramucci mentioned that so far he has invested $1 billion into BTC:

“For me, I have over a billion dollars in Bitcoin now. I started accumulating that position last year. I think that this manifests itself into a gigantic asset class. This is equivalent, to me, to digital gold.“

However, he does not consider himself a Bitcoin evangelist :

“Guys like Michael Saylor of MicroStrategy think it’s better than that, could be 10 times gold. I’m not that optimistic about it. I am not a Bitcoin evangelist. I don’t think that Jesus and Moses got together and made a baby and named it Bitcoin; that’s not me. But I am an investor in this because I see the technical properties associated with it.

“Ultimately, this is a de-layering mechanism for society… It’s a ledger defined by math. And when you think about the history of money, a ledger defined by math that has a scarcity to it, where no politician or policymaker can corrupt it or add supply to it, I think is a fascinating thing. I think it will have a big position in the global economy over the next decade.“

On November 10, the U.S. Bureau of Labor Statistics, which is a unit of the U.S. Department of Labor, issued a press release to announce that for the 12 months ending October the Consumer Price Index (CPI) increased 6.2% before seasonal adjustment. which was “the largest 12-month increase since the period ending November 1990.”

Two days later (i.e. on November 12), Scaramucci joined CNBC’s “Squawk”, where he was asked by Scott Wapner if gold could be competition for crypto as an inflation hedge.

According to a report by The Daily Hodl, Scaramucci replied:

“Listen, I’m never gonna sell short gold; it’s got a 5,500-year history of offering a store of value, but like everything in our society, when you get a technical property where there’s a massive improvement, that has a tendency to eclipse things.

“We had DVDs, and we moved to Netflix and streaming. The Satoshi Nakamoto white paper basically put us into a new era, and the technical properties associated with Bitcoin are infinitely better than gold: you can move it costlessly, you can store it – virtually costlessly – and it has this ledger that is completely missile-locked. You can’t hack it.

“So, with 21 million coins and its scarcity – remember we only have 65% of the gold mined right now – the shortage of supply, the technical properties, I think it’s probably gonna be 10 times better than gold over a long period of time.

“But for right now, Bitcoin is pacing what people like Michael Saylor and Cathie Wood are predicting that it will do, it will eventually eclipse gold. It’s about a $1.2 trillion market cap today, gold’s roughly $11 [trillion]. But I think Bitcoin gets there, the same way we’re using our smartphone today and not using a rotary phone.“

Wapner then asked if it is the case that for crypto to win gold has to lose. Scaramucci said:

“Well, I think gold will be okay, but it’s sort of a flatline situation. Can it go up modestly? Yes, but I think Bitcoin and properties like Ethereum and Algorand are gonna go up exponentially just because of the scalability [and] security issues around them.

“Can gold go up? Certainly. If you’re gonna have 6% inflation, will gold go up? Sure. But I would put my money, and I’m encouraging clients to put their money, in Bitcoin… And I think we’re just getting started in Bitcoin. So for me, it can go up, but I’m not gonna be surprised if Bitcoin goes up at an exponential rate and gold is going up at a linear one.“