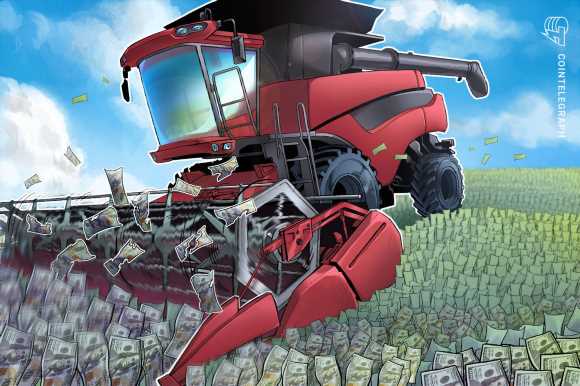 Solana has announced an upcoming DeFi hackathon offering $200,000 in seed funding from the Solana Foundation.

The hackathon, which is scheduled to take place from Feb. 15 through March 1st, will be hosted in partnership with Sam Bankman-Fried of FTX’s Project Serum.

“A lot of an ecosystem’s success depends on how much the community builds on it. I’ve been really happy with the growth of Solana so far building out the world’s fastest, most scalable on-chain ecosystem; I’m excited to see some projects come to market!”

Speaking to Cointelegraph, Takovenko noted his excitement to see what recurring participants who took part in Solana’s Q4 2020 hackathon will build in the upcoming event. Takovenko emphasized that Solana offers benefits to developers through its support for traditional compiler toolchains like Rust, making it “more accessible for folks outside of crypto.”

On the subject of DeFi adoption, Solana’s founder emphasized the need for the sector to “break out among general consumers:”

“This could be as simple as: I get a Wrapped BTC savings account, but in the background, it’s earning a DeFi yield. And the end-user, a general consumer, isn’t really dealing with smart contracts or the complexity of [DeFi], but they actually get access to all of the entire pipeline.”

Takovenko predicts that such a “BTC savings account” could exist within the near future, stating: “That one use-case would require the entire stack to work […] I don’t know if this is going to happen in 2021, but it feels like everything is ripe for that.”

“The tools are much better, key management is much better, you can ship applications on iOS and Android with secure keys […] I’m excited to see who actually pulls it off and scales [DeFi] to one million or ten million users.”