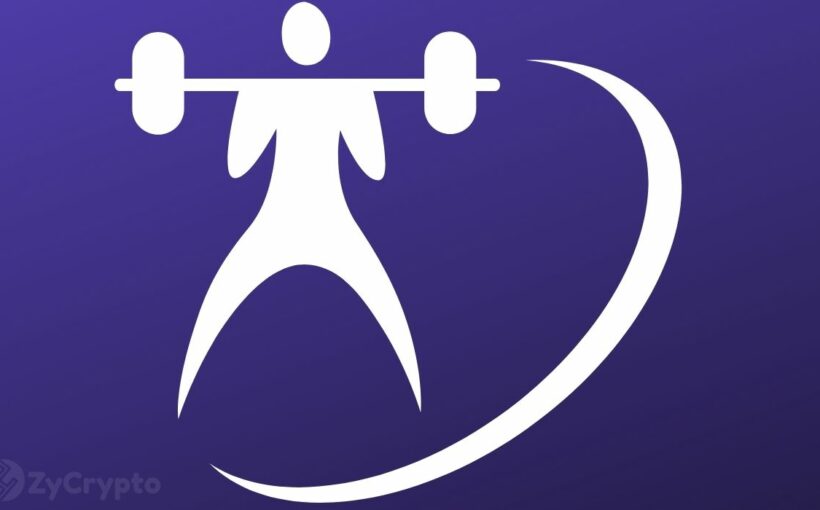 Solana, SOL is well known for its innovation in blockchain technology. Launched in 2020 by the Solana foundation, it prides itself as the fastest blockchain recording transactions up to 1,582 transactions per second. Dubbed an ‘ETH killer’ due to its utilities and the congestion of the dApp giant, Ethereum, Solana has broken into the scene just well with Web3 projects, NFT’s amongst others. Solana has gotten its fair share amid the recent surge in altcoins hitting a new record high and even going further up the hill with many already speculating how the coin will end the year.

Solana has gained over 200% in the last six weeks to hit an all-time high of $107 on August 30th as bulls keep backing altcoins. After a blistering run, Solana has broken into the top ten cryptocurrencies with experts already weighing in on its future to the top 5. SOL has gained over 4,300% this year and this amazing figure may well go up because the price isn’t slowing down. 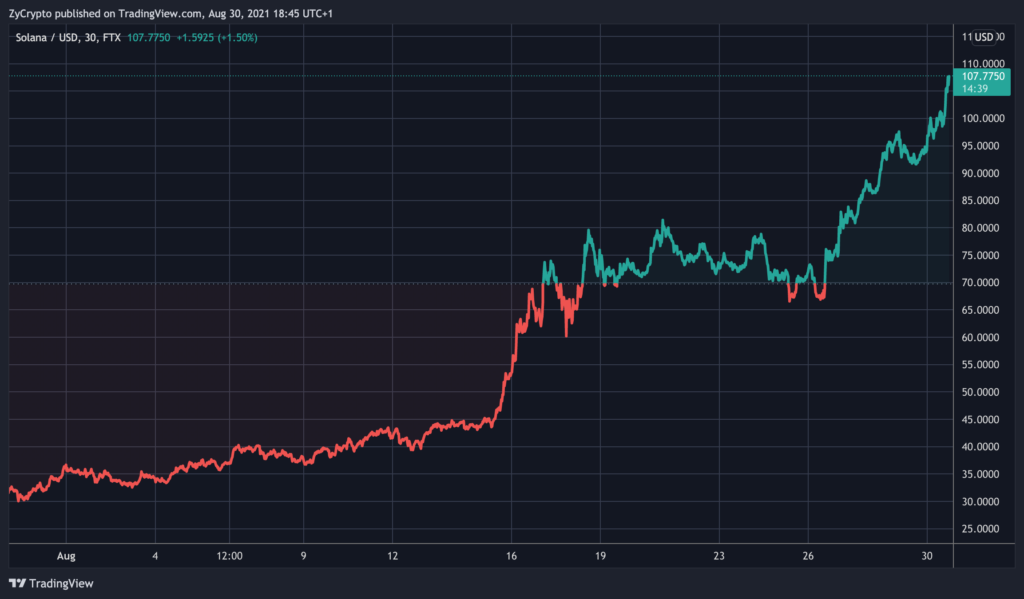 Currently trading at $107, Solana sits at 8th on the largest cryptocurrency list above Polkadot and Uniswap. Should things continue this way, Solana could hit the $200 mark which will be a new milestone for the coin. Although SOL has been bullish, it is still far behind fellow ETH killer Cardano though it already hosts dApps, unlike Cardano.

What Is Responsible for The Surge?

Generally, the market has been bullish with overall market capitalization rising over $2 trillion once again. Altcoins, especially the ETH killers are having an amazing run. The sudden rise of Solana can be linked to new developments and partnerships by the blockchain. Solana has announced that it now receives live market feed from Chainlink making its platform and applications more efficient.

The news of Chainlink providing data for smart contracts on the Solana blockchain is a game-changer for dApps. Furthermore, asset management firm Osprey Funds registered the first Solana fund with the Securities and Exchange Commission last week following growth this year.

Solana’s recent upswing may see the asset hit $200 before the end of September. The bullish speculation by analysts seems to be on course and after breaking into the top 10, the top 5 is the next milestone for Solana. Solana has been described as the future for DeFi and its blistering speed with reduced fees brings much delight to users.