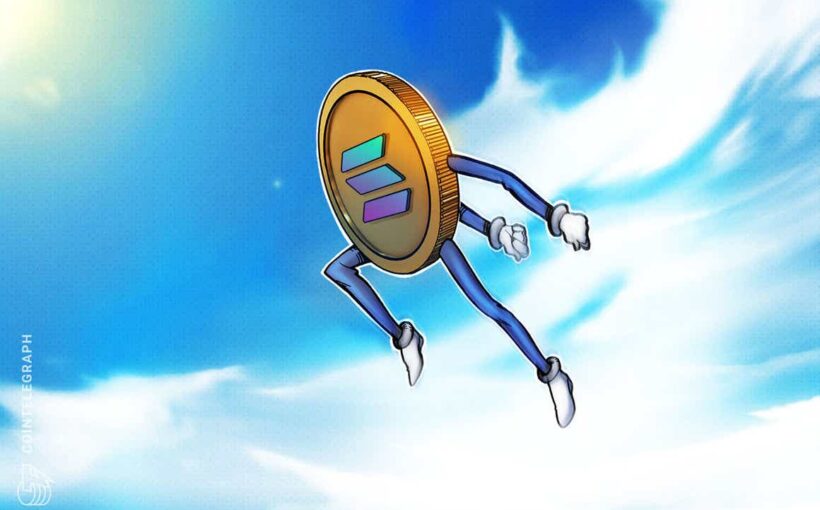 Secondary sales volume for Solana (SOL) based nonfungible tokens (NFTs) has reached almost $500 million since the start of August.

According to data from CryptoSlam, secondary sales of Solana NFTs have generated a total of roughly $497.7 million from around 348,000 transactions as of Nov. 2, with the average sale per NFT tallying in at $1,500.

The data shows that Solana saw a record month for secondary NFT sales volume during September with a total of $189.4 million. While Solana is seen by some as an ‘ETH killer’ the Ethereum blockchain remains the most popular with NFT aficionados and secondary sales on Ethereum topped $2.2 billion that same month.

Messari research analyst Mason Nystrom highlighted the data via Twitter on Nov. 3, and noted that while Ethereum (ETH) still “dwarfs Solana in total NFT secondary sales,” the upstart network has quickly established itself as one of the top NFT blockchains in the space of a few months.

According to data from CoinGecko, the price of SOL has gained 30.3% over the past 30 days to sit at around $225 at the time of writing. This recent pump has seen SOL tag a new all-time high of $229.76 earlier today. The market cap of Solana is now around $68.1 billion, making it the fifth-ranked digital asset in terms of total capitalization, and ahead of fellow ‘ETH killer’ Cardano (ADA) which has a market cap of $63.1 billion.

Cointelegraph Markets Pro has a price target of $250 per SOL by year-end, citing on-chain data from the DeFi sector and the derivatives market as key indicators for the prediction.