It’s another win for Bitcoin miners and the environment. A Dutch Bitcoiner has installed a Bitcoin (BTC) miner in a warehouse to replace the heating system powered by natural gas.

Bert de Groot is the founder of Bitcoin Brabant, a Dutch company that helps “businesses adopt the Bitcoin standard.” He’s always on the lookout for untapped energy sources, and ways in which Bitcoin mining can improve business efficiencies while saving money and the planet.

At a greenhouse this year, for example, Bert installed Bitcoin miners to maintain the perfect temperature for flowers to bloom while reducing reliance on polluting natural gas. So naturally, when Bert learned that a warehouse owner had 50-megawatt hours (MW/h) of electricity going spare while their natural gas heating bill went through the roof, he sensed an opportunity for Bitcoin mining.

Bert told Cointelegraph that the warehouse (whose owner prefers anonymity) had a 50 MW surplus of electricity from a solar panel installation on the roof. That’s “quite a lot,” he joked.

The roof panels power warehouse operations but the company burns natural gas to warm the warehouse. Worse still, despite having a surplus of energy that could be sold to the grid, grid controllers in the Netherlands do not reward contributing spare capacity — even if it’s solar energy. Bert continued:

“You put so much solar on the roof and you don’t get anything back for the extra that you put back into the grid. So what we did is we put the (Bitcoin) miner in.”

Bert installed one Bitmain Antminer S19j Pro (104Th), known as an application-specific integrated circuit (ASIC) that consumes roughly 25 MW per year. It lives in a “Bazooka,” an aptly named housing that shoots out hot air to heat the whole warehouse. As it’s a Bitcoin miner, not only does it generate heat but also income as it solves valid blocks on the Bitcoin blockchain. 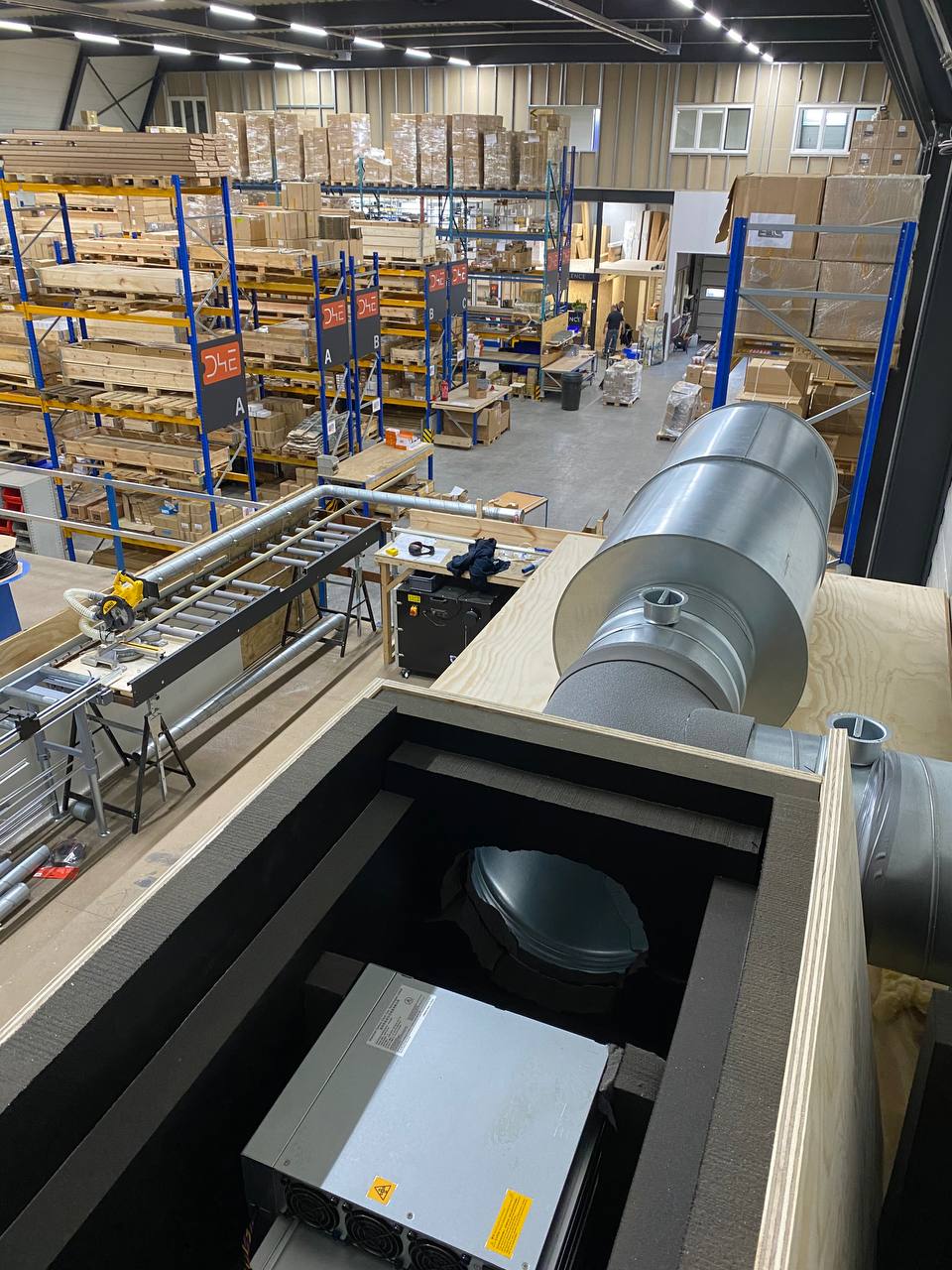 The introduction of the Bitcoin miner solves three issues: First, the Bitcoin miner is an effective way of exploiting surplus renewable energy for something profitable. Second, Bitcoin miners generate vast amounts of heat, which can be used like a radiator if harnessed correctly. Third, while burning natural gas to heat the warehouse is polluting, a solar-powered Bitcoin miner is environmentally friendly.

Currently, natural gas prices in Europe are soaring due to scarcity. As a result, the cost of heating the warehouse continues to rise. Solar energy, by comparison, is abundant and once the startup costs are paid off, solar energy is almost free. To cap it all off, the warehouse’s carbon footprint is now negative. Bert sums up:

“So we had [burned] a lot of natural gas as well as electricity which was already there — which was renewable. So we basically switched to a carbon negative warehouse with heating.”

In figures, the switch from natural gas heating to Bitcoin miner will prevent the burning of 2,000 cubic meters of gas each year, which equates to roughly “One and a half households” of the average Dutch home. 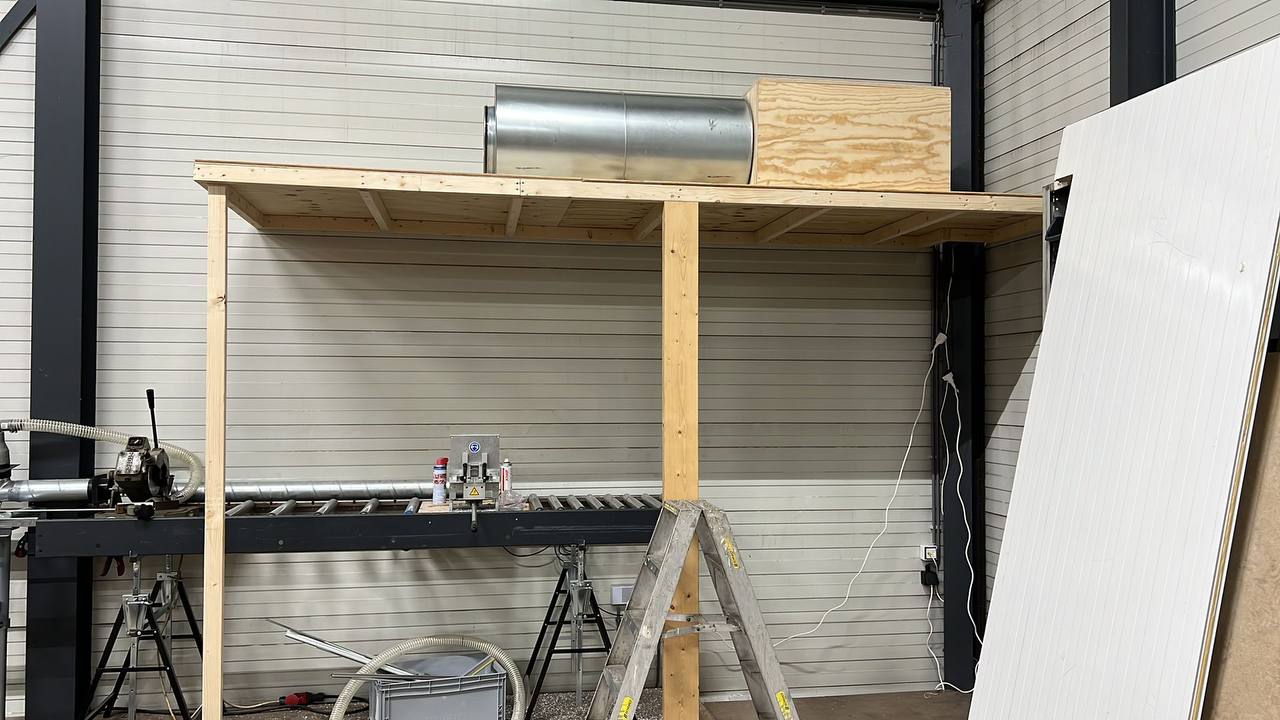 Better still, the Bitcoin miner pumps out constant heat — ideal for a Dutch winter where temperatures sit between 0 and 6 degrees Celsius — as opposed to an intermittent natural gas heater.

The solution is a win for the warehouse, the environment and for Bitcoin. In a tweet, Bert shared, “The Bazooka version 8 is now in full swing. Thank you for all your support in being able to keep businesses warm while natural gas prices are so high.”

So presumably, Bert’s phone must be ringing off the hook as warehouse owners across the land get wind of the Bitcoin miner heat revolution? Not quite, Bert explained:

“In his network [of the warehouse owner] everyone thinks he’s crazy. So let’s see in a couple of months when it becomes winter, like proper winter what happens.”

Bert remains optimistic about the future of Bitcoin miners being used as a heat source so he’s kept a few ASICs on hand. “I expect more to come. You know, it gets colder, it [natural gas prices] gets more expensive. It’s worthwhile for businesses to do it,” he concluded.