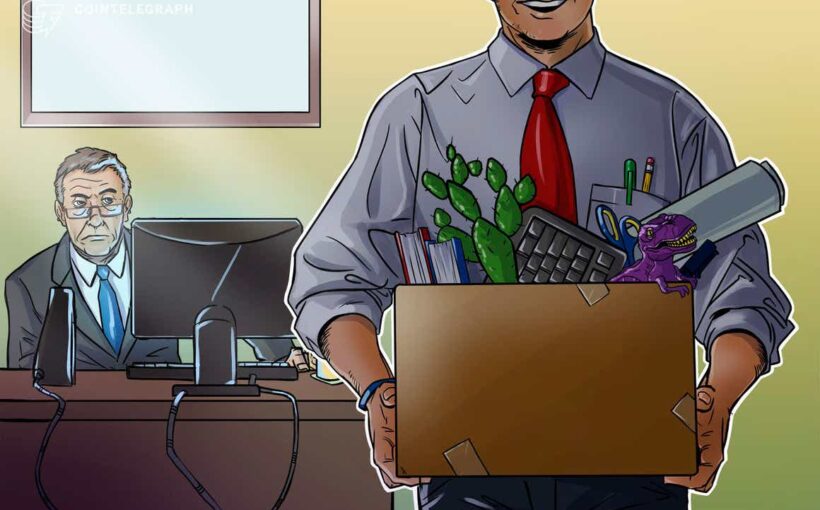 Data suggests that some low-paid members of the workforce are quitting their jobs after making life-changing crypto gains.

Analytics firm Civic Science posted survey results (weighted according to U.S. census data) on Nov. 1, which shows that 4% of 6741 respondents aged 18 and over had quit their jobs in the past year due to “financial freedom” earned by investing in crypto assets.

Civic then cross-referenced the 4% figure with data from 1,201 respondents based on their annual income who had quit their jobs due to crypto gains.

Civics’ findings may need a pinch of salt given that they cross-referenced the data from different periods of time and a varied number of respondents. It is also unclear what constitutes “financial freedom” in this context,as Civic provides no explanation or data for what level of crypto gainsthe respondents made.

“This data implies that crypto investments may have provided life-changing levels of income for some, while the wealthier owners of crypto use it more as another form of asset diversification rather than source of income,” Civic Science wrote.

Billionaire investor and crypto proponent Mark Cuban tweeted a link to the survey saying that:

“Wow 4% of people in the USA have quit their jobs because of crypto gains, and the vast majority made under 50k. Now we know why so many people quit low-paying jobs.”

Cuban was apparently referencing “The Great Resignation” phenomenon which refers to a significant labor shortage in the U.S. due to a cultural shift of people quitting their jobs in response to the global pandemic, poor wages and unfavorable working conditions.

Another survey result with 17,699 responses between June 17 and Oct. 27 2021 found that the main reason 28%) of respinvested in crypto was as a long term growth investment.

A further 23% were after a short-term investment while just 16% were seeking to use crypto as a payment method for “easy, fast and safe transactions,” suggesting that crypto users favor speculation over using the assets for transactions.

“In other words, over half of the population (51%) views crypto to act, more or less, as a traditional stock,” Civic wrote.

The poll also found that 11% of respondents were aiming to hedge against the “adverse economy,” 12% were seeking “independence from government” and 11% answered with “other.”