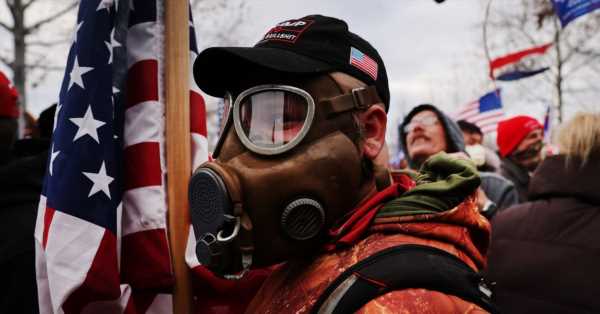 The Southern Poverty Law Center (SPLC), a nonprofit legal organization, said on its Hatewatch blog Thursday that “white supremacists and neo-fascists” have taken to DLive as a streaming alternative to YouTube due to its lack of moderation.

The non-profit estimates that since DLive was founded it has allowed hundreds of thousands of dollars to be sent to such extremists through donations of cryptocurrency via a facility built into the site.

The platform also reaps rewards from the extremists’ funding. DLive takes 25% from every donation, with 20% going to the platform itself and 5% is redistributed to other DLive users via its staking system, said SPLC.

On Wednesday, there was an unprecedented breach of the U.S. Capitol building as rioters supporting outgoing President Donald Trump stormed the building. The rioting left five people dead, including a Capitol police officer, and many wounded.

In December 2019, Tron founder Justin Sun announced his firm had struck an acquisition deal with DLive, moving the platform to the Tron Blockchain and integrating it with BitTorrent’s BLive streaming service.

On Friday, soon after this article was published, DLive said in a post, “While we strongly advocate for the empowerment of our content creators, we also have zero tolerance towards any forms of violence and illegal activities.”

Since Thursday, the platform said it has suspended three accounts, taken five channels offline, banned two accounts from livestreaming and permanently removed over 100 past broadcasts.

It’s also taking action against streamers found to have been involved in the riots:

“The DLive team actively are taking actions regarding streamers who are found to be part of or participants in the incident at the Capitol Building in Washington, D.C. on January 6th including but not limited to account suspension, removal of past broadcasts, freezing their earnings and abilities to cash out. The donation and paid subscriptions will be refunded to the accounts from which they originated.”