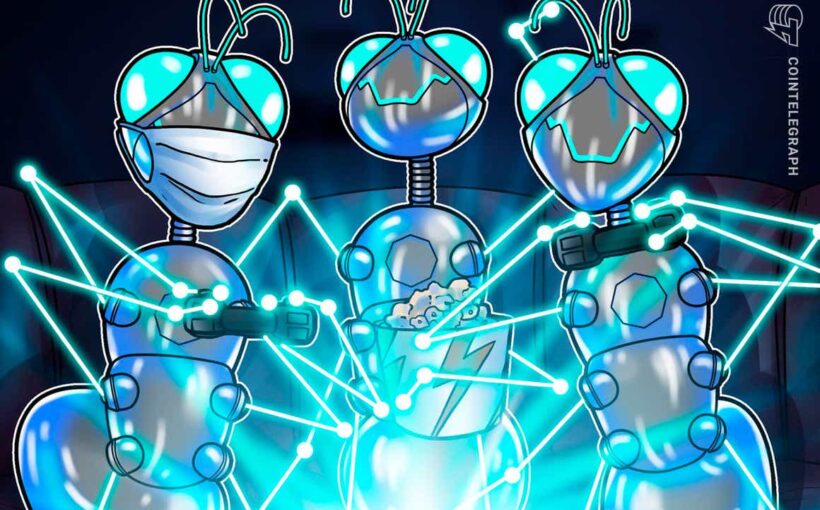 Ubisoft, one of the world’s largest video gaming organizations — responsible for creating popular franchise games such as Assassin’s Creed, Far Cry, and For Honor — hosted their Q2 earnings call this week, where blockchain was a key topic of discussion.

Alongside reporting a 15% increase of unique active players in the first half of the year compared to 2020, and that Assassin’s Creed Valhalla has become the second most profitable game in the companies history, the French firm’s CEO, Yves Guillemot also expressed intentions for investment and adoption of blockchain-centric gaming companies on the platform.

Despite making notable advancements in the space such as the funding of Animoca Brands, owner of Ethereum-based metaverse game The Sandbox, Guillemot stated that the platform is in early-stage research and development.

Ubisoft became a validator node on the Tezos network in April this year, a channel node operator on the Aleph.im network in July and a founding member of Blockchain Game Alliance, a coalition to encourage the adoption of the two sectors.

Chief Financial Officer of Ubisoft, Frédérick Duguet, spoke highly of potential impacts blockchain technology could have on the gaming industry:

Fellow gaming corporation, Valve, recently became embroiled in mainstream headlines in the aftermath of their unpopular announcement to ban all crypto, blockchain and nonfungible token (NFT) games and content on its Steam marketplace, stating their belief that the assets have no intrinsic value.

In response to this prohibition, digital advocacy group Fight for the Future supported by the Blockchain Game Alliance, Enjin and 26 additional blockchain game projects published an open letter calling for the corporation to pivot on their decision, stating that decentralized autonomous organizations (DAOs) and NFTs can foster to advancement of “​​decentralized, democratic, interactive, player focused systems.”