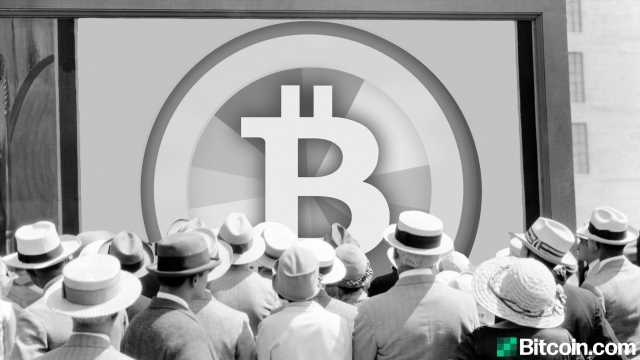 The United Kingdom’s Advertising Standards Authority (ASA) has banned Coinfloor’s bitcoin advert for “irresponsibly” promoting investments in the crypto asset. The watchdog claimed the crypto exchange’s marketing campaign had targeted pensioners who were “unlikely to know” much about the topic. ASA’s ruling comes after the regulator received two complaints concerning the advert.

According to a report, the ASA said it is particularly concerned with the advert’s use of the phrase “there is no point in keeping your money in the bank”. While acknowledging Coinfloor’s effort to inform investors of the risks associated with cryptocurrency investment, ASA however, asserts that the exchange’s disclaimer, which is printed in small print, is “insufficient to counteract the overall message”.

Meanwhile, ASA is also alleging that the advert is “misleading because it had failed to make clear the risks associated with bitcoin investments.” The watchdog also assails the advert for not being “socially irresponsible” because it suggested that purchasing bitcoin was “a good or secure way to invest one’s savings or pension.”

In its defense, Coinfloor says the advert “represented the perspective of a customer rather than the company’s own view.” In addition to mentioning that investing in cryptocurrencies involved significant risk, the disclaimer had “been given sufficient prominence” argued Coinfloor. However, ASA disputes this and claims that the “small font size and low positioning of the text meant the details had not been displayed clearly enough.”

In the meantime, the Northamptonshire Telegraph, in which the advert initially appeared, says “it would not publish the ad again unless it was suitably changed.”

What are your thoughts about the advert ban? Tell us what you think in the comments section below.