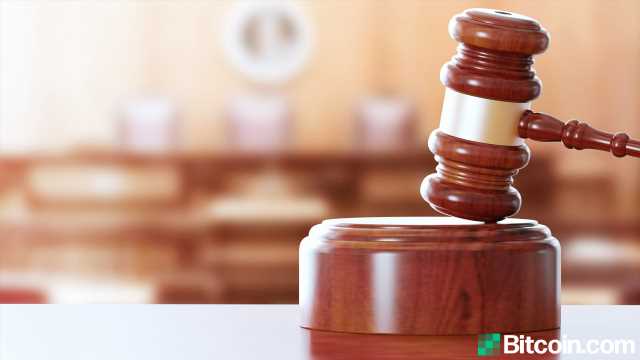 Back in 2018, after the Bitcoin Cash (BCH) and Bitcoinsv (BSV) network split, a Florida-based blockchain company called United American Corp – “Unitedcorp (UAC)” attempted to sue a number of well known cryptocurrency veterans and developers. UAC and its lawyers said that the nine defendants were allegedly involved in a scheme in order to manipulate the cryptocurrency market for bitcoin cash (BCH). The court case went on for over two years and on February 3, 2020, Judge Chris McAliley dismissed the case against the defendants without prejudice, which meant that the firm could amend the complaint.

Now a new court filing shows that Judge Chris McAliley has once again dismissed the amended complaint under Federal Rule of Civil Procedure on Wednesday, March 31, 2021. McAliley discussed a number of the complaints UAC’s attorneys set out to argue and the Magistrate noted that the allegations did not plausibly suggest such transgressions.

UAC further accused defendants of “bid-rigging,” a form of horizontal price-fixing, but said, “UAC makes no argument that the exchange and developer defendants engaged in big rigging, and the court can imagine none.”

As far as the antitrust violation, McAliley’s order said that the argument had failed. “As stated, the court concludes UAC failed to allege facts that plausibly suggest defendants committed an antitrust violation. I, therefore, do not address whether UAC has adequately alleged that it has antitrust standing,” McAliley added.

For the foregoing reasons, the court hereby grants [the] defendants’ joint motion to dismiss [the] first amended complaint under Federal Rule of Civil Procedure.

UAC can try to continue the case by making an appeal to the U.S. Court of Appeals for the Eleventh Circuit within 30 days. McAliley’s order further emphasized that “it would be futile to allow UAC to further attempt to state a claim that Defendants violated the Sherman Act— Accordingly, the court dismisses the complaint with prejudice,” the Miami judge added.