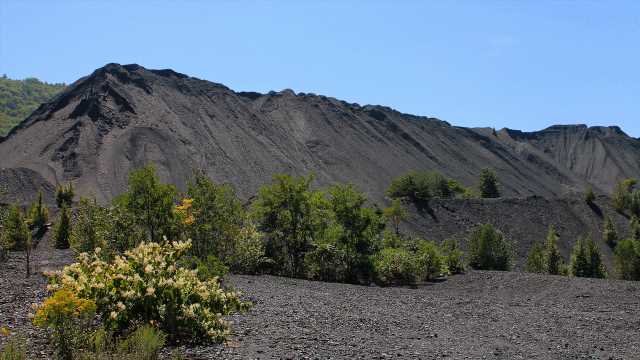 While many have been focused on the environmental concerns stemming from outdated reports and maps, a number of ESG-friendly cryptocurrency mining firms have been making moves in the industry. Stronghold Digital Mining is a Pennsylvania-based operation that leverages waste coal to power digital currency miners.

In Pennsylvania and many other regions around the world waste coal and acid mine drainage (AMD) is one of the largest sources of pollution. Because precipitation combines with coal waste, the AMD can pollute nearby waterways and threaten aquatic life. Stronghold’s main operation site located at the Scrubgrass Generating Plant in Pennsylvania takes the waste coal and uses it to not only mine cryptos like BTC, but it also donates the cleaned-up land back to local communities.

Stronghold will use the newly acquired funds to continue expanding as it expects to have roughly “28,000 cryptocurrency miners operating by year-end.” The mining firm is also partnered with the Pennsylvania Department of Environmental Protection (DEP) and so far stats show Stronghold has “reclaimed 1,000 acres of once-unusable land in Pennsylvania.” Stronghold’s announcement details the firm is in the midst of “negotiations to acquire additional environmentally beneficial facilities” with around 200 megawatts of power.

Greg Beard, the CEO and co-chairman of Stronghold believes the venture makes the company’s mining model adaptable to ESG-friendly policy. The company’s announcement says the firm estimates it would take roughly 30 years to reclaim all the waste just in the near proximity of the Scrubgrass Generating Plant. “For each bitcoin mined by the company, an estimated 200 tons of waste coal is eliminated,” the company claims.

“A negative impact on the environment has long been a criticism of Bitcoin mining, with good reason. Our ownership of the Scrubgrass Plant combined with the environmental benefits which accrue to the region allow us to mine Bitcoin at what we believe to be some of the lowest costs in the industry while making a transformational contribution to the environment. Our vertically integrated model ensures we’re entirely self-sufficient and adaptable” Stronghold’s CEO said in a statement.

Meanwhile, other mining operations like EZ Blockchain, Upstream Data, and Crusoe Energy Systems are reducing emissions by mining bitcoin with flare gas. EZ Blockchain recently detailed that the company has partnered with Silver Energy, an oil and gas provider based in Texas.