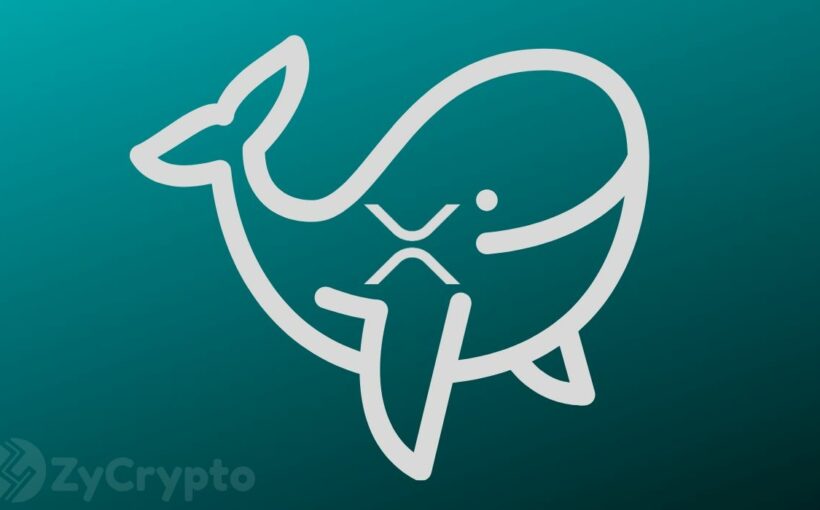 In the past few days, large volume cryptocurrency investors who are called whales in the crypto-space have been moving their funds around. The latest cryptocurrency to experience immense whale activity has been XRP which saw a single entity withdraw 12.2 million XRP.

According to WhaleAlert, a service that tracks unusual volume movements, the XRP valued at over $14 million was withdrawn from CoinOne cryptocurrency exchange to an unknown wallet. The funds have been dormant since arriving at the new address.

The XRP whales’ move is a continuation of a recent trend of increasing centralized exchange outflow. The sentiment among whales can be seen in the Bitcoin and Ethereum markets as well. For Ethereum, exchange outflows are even at an all-time high of around $100 million daily according to data from Glassnode.

Many pundits and XRP proponents think that the price of XRP has been seriously held back by Ripple’s ongoing legal tussle with the Securities and Exchange Commission (SEC). The U.S. apex regulator branded all Ripple’s sales of XRP to be sales of unregistered securities back in December last year and the two parties have been disputing the allegations in court since then. The case has received a lot of attention from both supporters and investors of XRP as well as other concerned market participants. A shared sentiment is that the outcome of the case could be pivotal for the future of the entire cryptocurrency industry in the U.S.

In a recent development around the case, Ripple has published a proposal to guide regulators on making rules for the industry.

According to the company, it believes that collaboration between public and private interests usually yields the best outcome, Which is why its document was worked on in partnership with regulators and bipartisan policymakers.

“Ripple believes that our proposal will ensure the U.S. succeeds in nurturing crypto innovation within its borders while also maintaining the strong consumer and investor protections it’s known for,” Ripple’s statement reads.

For Ripple’s chief executive officer, Brad Garlinghouse, the policy framework recommends actions that can be taken in the immediate future to provide “clarity to one of the fastest-growing industries in the U.S.”

While the market expects that should the ongoing lawsuit end in Ripple’s favor, the price of XRP would see an explosive upsurge, there is no definitive date of when this could happen. Most analysts following the proceedings expect that a conclusion may not be reached till next year even.