Home » Economy » As equities plunge, could gold and cash be back on the menu? 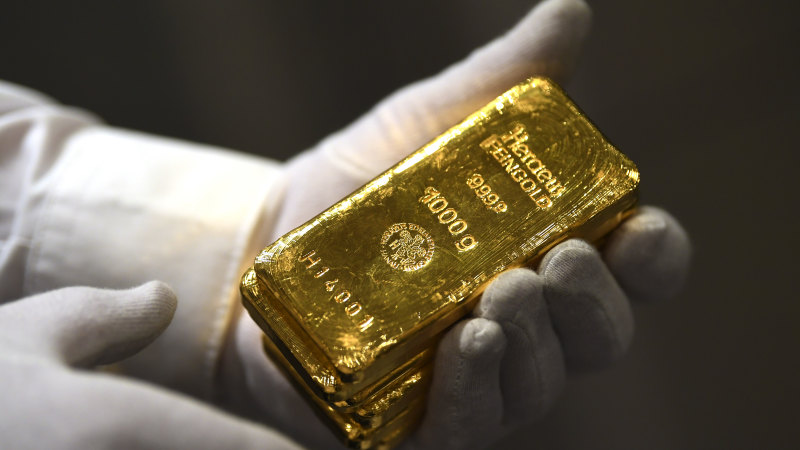 As global equity markets remain unpredictable, investors are being urged to start looking at more stable investment options, such as gold and cash, with returns on term deposits as high as 4 per cent in some cases.

With interest rates at record lows for much of the past three years, investors have fled from cash allocations in their portfolios, seeking the higher – yet riskier – returns of equities and even cryptocurrencies. 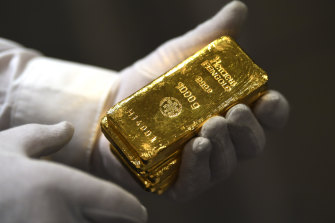 More stable investment options such as gold and cash are looking more attractive since the downturn in equity markets.Credit:Bloomberg

However, those returns have been savaged this year as investors globally baulk at rising inflation and interest rates, with the benchmark S&P/ASX 200 Index down 12 per cent since January. This has meant returns for less risky investments, such as cash, have started to look relatively more attractive.

Data from RateCity show for a one-year term deposit of $50,000, investors can achieve a return of 3.35 per cent from smaller lenders, such as Judo Bank, increasing to 4.1 per cent for three-year deposits. This is more than triple the rates on offer 12 months ago, and these figures will likely improve further as the Reserve Bank of Australia continues to raise interest rates through this year and next.

Customers at the big-four banks are out of luck, however, with the highest term deposit rate on offer at just 2.5 per cent, and some longer-term returns as low as 1 per cent.

Sally Auld, chief investment officer at NAB’s private wealth arm JBWere, says investors may be starting to warm up to less-risky investment options, now that the rush on equities is over, noting many investors felt they had no choice other than to invest in the sharemarket during the frothiness of the pandemic.

“For an investor today, you’re coming to the market fresh with capital to deploy, equities are certainly not the only option out there,” she says. “This is a good time to redeploy capital into some of these other asset classes.”

“For customers who might be a bit nervous about doing that because maybe they haven’t done it very much before, the good thing is the opportunity cost of putting it in cash is no longer as high as it was.”

However, one thing to keep in mind when investing in cash is the impact of inflation, which has been running rampant both overseas and locally, and expected to hit as high as 7 per cent in Australia by year-end.

This means while you might earn 3.35 per cent on your cash over a year, the buying power of your money would have decreased as inflation rises, resulting in your real return on investment being negative. 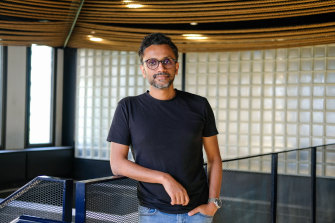 Apurva Chiranewala is a self-confessed gold enthusiast who has been investing in the asset for the past decade.

“Now all the stimulus that was supporting frothiness in equities is coming out, the natural place to go back to is cash, but that’s still challenging because we’re not out of this negative real interest rate environment,” he said.

”The RBA is saying in the next year inflation is still going to be around three per cent, so even then, term deposit rates on offer will be negative after inflation and taxes.“

With this in mind, both Boey and Auld advise investors to look at investing in gold. While the shiny metal is a regular feature in diversified portfolios, the NAB chief says it is regularly undervalued by investors, noting recent analysis from JBWere shows the optimal weighting for gold in a portfolio is about 10 per cent.

Self-proclaimed gold enthusiast Apurva Chiranewala has been investing in the yellow metal for the past decade, and views it as a good hedge against risky or unpredictable markets.

“In an environment where risk is off, and we’re starting to see a massive deleveraging, I think gold and similar secure commodities tend to be great investments because the downside for these commodities is limited, they’re more of an insurance,” he says.

Chiranewala is the general manager at crypto investment firm Block Earner, which recently launched a gold product offering 4 per cent annual returns. However, instead of investing in physical gold, the fund invests in gold-backed digital tokens, something Chiranewala says is more palatable for investors who might not be familiar with the gold space.

“One of the challenges with gold is people are saving $100 or $200 here and there, and it’s hard to buy such a small amount of gold. Fractional ownership of gold is very difficult. Tokenisation makes it easier to own a fraction of an ounce as part of your savings,” he says.