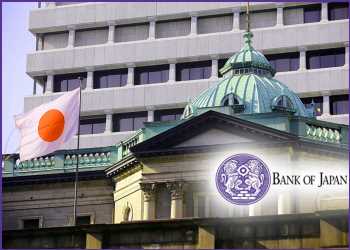 The Bank of Japan maintained its ultra-loose monetary policy on Thursday despite the sharp weakening of the yen amid tightening stance adopted by its global peers.

The policy board, governed by Haruhiko Kuroda, decided to maintain a negative interest rate of -0.1 percent on current accounts that financial institutions maintain at the central bank.

The bank will continue to purchase a necessary amount of Japanese government bonds without setting an upper limit so that 10-year JGB yields will remain at around zero percent.

The BoJ extended the deadline for the application for the special funds provided mainly to small and medium-sized firms in response to Covid-19 by six months. Thereafter, the bank will shift the ambit of the programme to meet a wide range of financing needs.

The bank vowed to take additional easing measures if required. The BoJ expects to keep the short- and long-term policy interest rates at their ‘present or lower levels’.

The BoJ announcement came after the U.S. Federal Reserve hiked its key rate by 75 basis points for the third straight time on Wednesday.

Japan’s consumer price inflation rose to 3.0 percent in August but it is widely expected to decelerate next year.

And while the Bank has come under renewed pressure to defend its yield target in recent days, the economist expects US long-term Treasury yields to rise much further, so that upward pressure will eventually subside.