Home » Economy » From the Ritz to a brush with jail, a billionaire’s slow demise 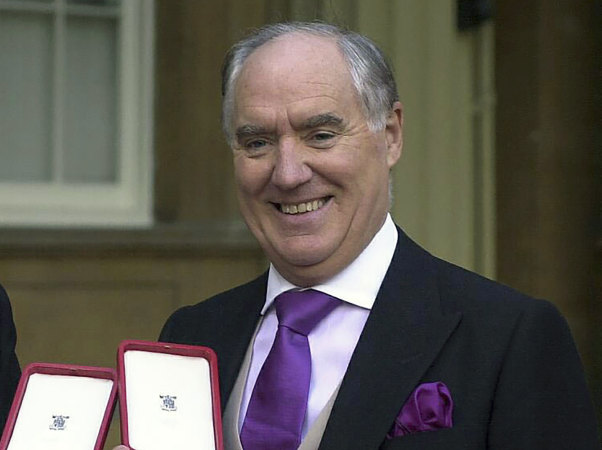 For decades, the Barclay twins avoided public scrutiny by isolating themselves on a tiny island in the middle of the English Channel. But in the last few years, their fiercely guarded privacy has unravelled with a series of humiliating revelations, culminating in Frederick Barclay being held in contempt for failing to pay legal fees in a bitter divorce dispute with his former wife.

While Barclay, 87, avoided an immediate jail sentence for failing to pay out his £100 million ($174 million) divorce, he will be sentenced at a later date over the two more minor counts of contempt. Judge Jonathan Cohen ruled that Barclay didn’t have the means to pay the first £50 million of the divorce award, though he did possess the resources and access to funds to pay judgment summons of legal fees and maintenance payments, Cohen said on Thursday. 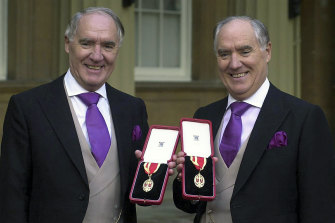 Frederick Barclay, right, with his twin brother, David, after receiving knighthoods from the Queen at Buckingham Palace in 2000.Credit:AP

Barclay, wearing a navy velvet jacket adorned with a polka-dot pocket square and a blue tie tucked into a pair of lobster-red twill trousers, showed no reaction as the judge read the verdict.

The verdict, though less incriminating than being sentenced to actual jail time, nevertheless marks a fall from grace for a man who built one of the country’s largest fortunes with his twin brother, David. The two once exercised huge public influence as owners of the Brexit-supporting Daily Telegraph newspaper, while taking pains to stay out of the glare of public scrutiny.

Knighted by then Prime Minister Tony Blair, photos showed the pair welcoming the Queen to their offices. Boris Johnson tweeted his condolences when David Barclay died last year. Margaret Thatcher spent her final months living in a suite at the London Ritz at the invitation of the brothers, who previously owned the 5-star hotel in the heart of London.

Barclay had said he cannot pay and that he had done all he can to get the funds. He said previously he’s been frustrated by his nephews, David’s three sons, who wouldn’t free up cash for the divorce award, all the while paying his legal fees. Frederick even pleaded poverty and asked for government money to help fund his legal woes. He still has to pay the whole divorce award.

The twins were previously among Britain’s most discreet — if casually eccentric — billionaires, known for a family compound on a tiny island off the UK’s southern coast. The two were knighted in 2000 at Buckingham Palace, sporting identical outfits with purple ties and pockets squares to match.

Born to Scottish parents — just 10 minutes apart — they grew up in a west London household so close to a railroad that trains would rattle the windows. After leaving school at 16, the twins joined the accounts department of General Electric Co., according to The Twin Enigma, a 2016 book by Vivienne Lewin.

They teamed up in the 1960s to turn old boarding houses into hotels and moved into breweries and casinos, marking the beginning of their business empire. Their holdings include delivery service Yodel and online retailer The Very Group.

Previously practically inseparable, the twins became increasingly estranged over the years. The family was divided over the sale of the Ritz, which the identical twins bought for £75 million in 1995. 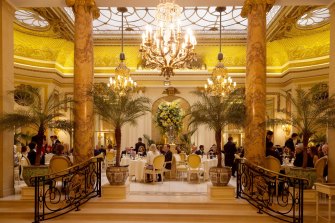 The brothers were at odds over the sale of the London Ritz.

The gilded hotel became the subject of tabloid fodder in 2020 when one of David’s sons, Alistair Barclay, was alleged to have installed a listening device in the conservatory to tape a private conversation between Frederick and his daughter, Amanda, about the sale of the hotel. Frederick, in turn, got hotel security to install a hidden camera that captured the bugging incident.

The publicity-shy brothers paid £800,000 to settle the suit, but the incident laid bare the division over the separation of their business empire, a split that Fredrick called the “greatest mistake of my life.” So estranged were the two men that they literally came to blows on a luxury yacht, Frederick’s wife, Hiroko Barclay, said in court testimony this week.

Last year, Frederick Barclay was ordered to pay Hiroko – his partner of 34 years – £100 million as part their divorce. The payout ranks among the highest to be made public by UK courts, where large settlements between the rich and famous are generally hashed out behind closed doors.

But Barclay failed to hand over the money, saying he didn’t have the funds, according to his ex-wife. Judge Cohen told the tycoon last year he had three months to pay half the divorce payment. His former spouse accused him of trying “to string things out” and hide “behind a web of complex structures,” until either she or Frederick died.

Barclay is the principal beneficiary of a trust that receives funds from loan notes worth £545 million, lawyers for Hiroko said.

For years, the twins lived in a mock-Gothic castle on a private piece of land off the northern coast of France, one of the group of self-governing Channel Islands that rely on Britain for its defence. The islands have long been a magnet for the rich thanks to their low tax regimes and opaque corporate structures

David Barclay is buried on the island, which the twins first acquired in 1993.

“It’s quite isolated,” Hiroko said during testimony. “May to October is beautiful.”