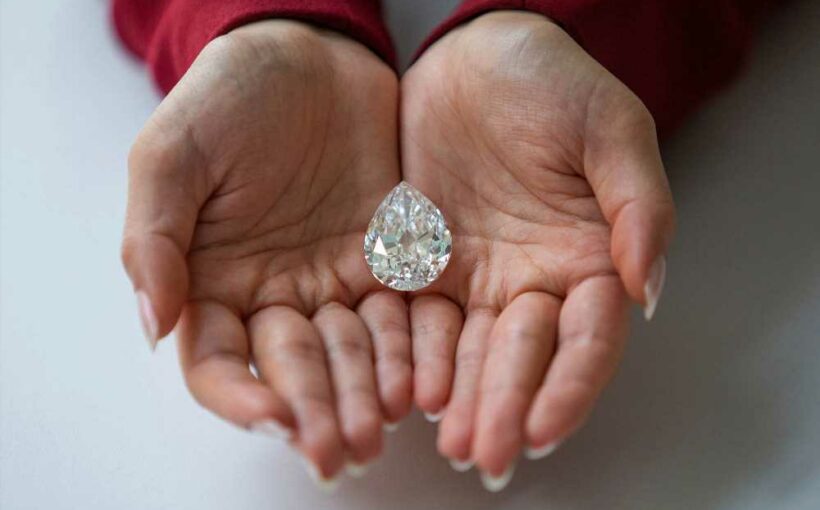 A flawless 101.38-carat diamond was sold at auction for more than $12.2 million in cryptocurrency Friday, making it the most expensive piece of jewelry ever peddled through crypto, according to Sotheby’s.

The massive diamond, called “The Key 10138,” was sold in Hong Kong to an unidentified private collector, said the 277-year-old auction house in a statement.

The gem is one of just 10 diamonds of more than 100 carats ever to come to auction.

The auction house had said it would accept payment for the diamond in either Bitcoin or Ether, but it was unclear which digital coin was used to buy the gem.

Despite the record sale, the diamond sold for less than the upper end of its estimated value of $15 million.

Auction Houses such as Sotheby’s and rival Christie’s have increasingly taken to accepting cryptocurrency as payment this year as the popularity of digital coins surged.

Sotheby’s in May sold a Banksy piece for $12.9 million in crypto — the first instance of a work of physical art sold by a major auction house in exchange for cryptocurrency.

And back in March, Christie’s made waves by selling a non-fungible token for the first time ever. The NFT, or one-of-a-kind, blockchain-based, digital artwork, sold for a staggering $69.3 million.

Even as cryptocurrency has been increasingly embraced by institutions such as Sotheby’s, as well as banks and major US corporations, the value of the digital tokens remains extremely volatile.

Bitcoin, the biggest cryptocurrency by market cap, touched an all-time high of more than $64,000 in mid-April before falling back down and briefly dropping below $30,000, erasing its gains for the year.