Home » Economy » How the West is strangling Putin’s economy 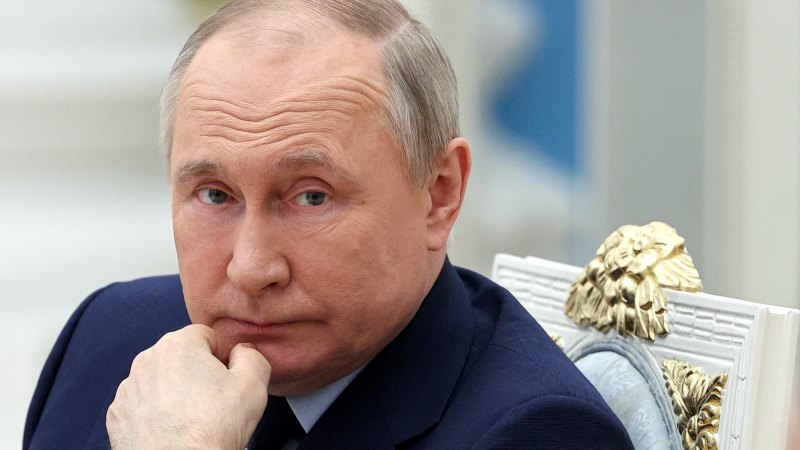 Russia’s military failure in Ukraine has defied almost everyone’s predictions. First came abject defeat at the gates of Kyiv. Then came the incredible shrinking blitzkrieg, as attempts to encircle Ukrainian forces in the supposedly more favourable terrain in the east have devolved into a slow-motion battle of attrition.

What’s important about this second Russian setback is that it interacts with another big surprise: the remarkable — and, in some ways, puzzling — effectiveness, at least so far, of Western economic sanctions against the Putin regime, sanctions that are working in an unexpected way. 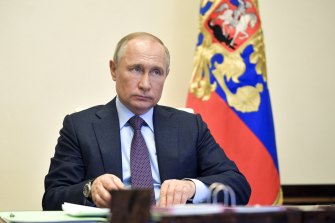 As soon as the war began, there was a great deal of talk about bringing economic pressure to bear against the invading nation. Most of this focused on ways to cut off Russia’s exports, especially its sales of oil and natural gas. Unfortunately, however, there has been shamefully little meaningful movement on that front. The Biden administration has banned imports of Russian oil, but this will have little effect unless other nations follow our lead. And Europe, in particular, still hasn’t placed an embargo on Russian oil, let alone done anything substantive to wean itself from dependence on Russian gas.

As a result, Russian exports have held up, and the country appears to be headed for a record trade surplus. So is Vladimir Putin winning the economic war?

No, he’s losing it. That surging surplus is a sign of weakness, not strength — it largely reflects a plunge in Russia’s imports, which even state-backed analysts say is hobbling its economy. Russia is, in effect, making a lot of money selling oil and gas, but finding it hard to use that money to buy the things it needs, reportedly including crucial components used in the production of tanks and other military equipment.

Why is Russia apparently having so much trouble buying stuff? Part of the answer is that many of the world’s democracies have banned sales to Russia of a variety of goods — weapons, of course, but also industrial components that can, directly or indirectly, be used to produce weapons.

However, that can’t be the whole story, because Russia seems to have lost access to imports even from countries that aren’t imposing sanctions. Matt Klein of the blog The Overshoot estimates that in March, exports from allied democracies to Russia were down 53 per cent from normal levels (and early indications are that they fell further in April). But exports from neutral or pro-Russian countries, including China, were down almost as much — 45 per cent.

Some of this may, as Klein has suggested, reflect fear, even in non-allied countries, of “being on the wrong side of sanctions.” Imagine yourself as the CEO of a Chinese company that relies on components produced in South Korea, Japan or the United States. If you make sales to Russia that might be seen as helping Putin’s war effort, wouldn’t you worry about facing sanctions yourself?

Sanctions on Russia’s financial system, such as the freezing of the central bank’s reserves and the exclusion of some major private banks from international payment systems, may also be crimping imports. Hard currency may be flowing into Russia, but using that currency to buy things abroad has become difficult. You can’t conduct modern business with suitcases full of $100 bills.

Russia’s trade surplus is a sign of weakness, not strength; its exports are (alas) holding up well despite its pariah status, but its economy is being crippled by a cutoff of imports.

Now, it’s possible, even likely, that over time Russia will find workarounds that bypass Western sanctions. But time is one thing Putin doesn’t seem to have. 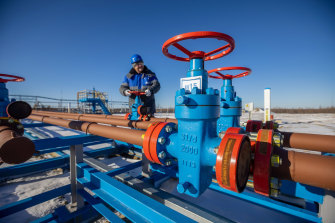 Russia is still raking in revenue by exporting its gas and oil.Credit:Andrey Rudakov

As I said, the war in Ukraine appears to have devolved into a battle of attrition, and that’s not a battle Putin seems likely to win: Russia has suffered huge equipment losses that it won’t be able to replace anytime soon, while Ukraine is receiving large equipment inflows from the West. This war may well be over, and not to Putin’s advantage, before Russia finds ways around Western sanctions.

One final point: The effect of sanctions on Russia offers a graphic, if grisly, demonstration of a point economists often try to make, but rarely manage to get across: Imports, not exports, are the point of international trade.

That is, the benefits of trade shouldn’t be measured by the jobs and incomes created in export industries; those workers could, after all, be doing something else. The gains from trade come, instead, from the useful goods and services other countries provide to your citizens. And running a trade surplus isn’t a “win”; if anything, it means that you’re giving the world more than you get, receiving nothing but IOUs in return.

Yes, I know that in practice there are caveats and complications to these statements. Trade surpluses can sometimes help boost a weak economy, and while imports make a nation richer, they may displace and impoverish some workers. But what’s happening to Russia illustrates their essential truth. Russia’s trade surplus is a sign of weakness, not strength; its exports are (alas) holding up well despite its pariah status, but its economy is being crippled by a cutoff of imports.

And this in turn means that Putin is losing the economic as well as the military war.