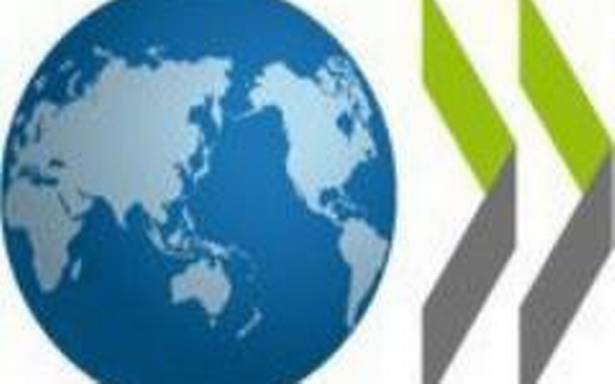 India, and 135 other countries have agreed to an overhaul of global tax norms to ensure that multinationals pay taxes wherever they operate and at a minimum 15% rate.

India may have to withdraw digital services tax or the equalisation levy and give a commitment not to introduce such measures in the future if the global minimum tax deal comes through.

In a major reform of the international tax system, 136 countries, including India, have agreed to an overhaul of global tax norms to ensure that multinationals pay taxes wherever they operate and at a minimum 15% rate.

However, the deal requires countries to remove all digital services tax and other similar measures and to commit not to introduce such measures in the future, as per the Organisation of Economic Cooperation and Development (OECD) implementation plan released late on Friday.

"No newly enacted digital services taxes or other relevant similar measures will be imposed on any company from October 8 and until the earlier of December 31, 2023, or the coming into force of the MLC (multilateral convention)," the OECD said.

The proposed two-pillar solution of the global tax deal consists of two components —Pillar One which is about reallocation of additional share of profit to the market jurisdictions and Pillar Two consisting of minimum tax and subject to tax rules.

Finance Minister Nirmala Sitharaman had earlier this week said that India is "very close" to arriving at the specifics of the two-pillar taxation proposition at the G-20 and is in the last stage of finalising the details.

The Finance Ministers of G-20 countries are scheduled to meet on October 13 in Washington and finalise it.

Nangia Andersen Partner Sandeep Jhunjhunwala said the statement released by the OECD on Friday weighed against the one in July 2021 brings out some interesting observations, on which taxmen and taxpayers had their eyes laid on.

"As a significant move, the OECD has sought for an immediate and upfront withdrawal of unilateral digital services tax and a commitment not to introduce such measures in the future.”

“No newly enacted digital services taxes or other relevant similar measures would be imposed on any company from October 8 and until the earlier of December 31, 2023, or the coming into force of the multilateral convention," he said.

The modality for the removal of existing digital services taxes and other relevant similar measures needs to be appropriately coordinated, Mr. Jhunjhunwala added.

"Pillar Two which was initially proposed to be brought into effect from 2023 has now been deferred to 2024," he added.

Deloitte India Partner Sumit Singhania said the two pillar solutions finally agreed will result in redistribution of $125 billion taxable profits annually, and ensure global MNEs pay minimum 15% tax once these measures are implemented in 2023 through a multilateral convention to be signed next year.

Consensus on global minimum tax will practically make tax competition amongst nations rather unfeasible by narrowing down any such opportunities to rarest circumstances, he said.

"In reaching final Two-pillar solutions, OECD Inclusive Framework has tied up several loose ends and drawn the roadmap to its implementation. The final solution offers 25 percent share in super normal profits (i.e. profits in excess of 10 per cent) sought to be reallocated to market countries," Mr. Singhania said.

He said the signing of MLI will also lead to consistent withdrawal of digital Services tax and any such similar taxes /levies, and will prevent any future enactment of such order.

"In the end, two pillar solutions ought to be reckoned as enduring overhaul of the century old international tax regime, that’s here to change the rule of the global profit allocation amongst taxing jurisdictions completely," Mr. Singhania added.

Shardul Amarchand Mangaldas & Co. Partner Gouri Puri said a consensus on Pillar 1 and Pillar 2 are key to secure a more certain and stable tax regime for multinationals and governments.

"While the fine print is awaited, India is balancing its interests both as an importer and an exporter of capital, goods and services. The deal will prevent a race to the bottom amongst countries," Ms. Puri added.