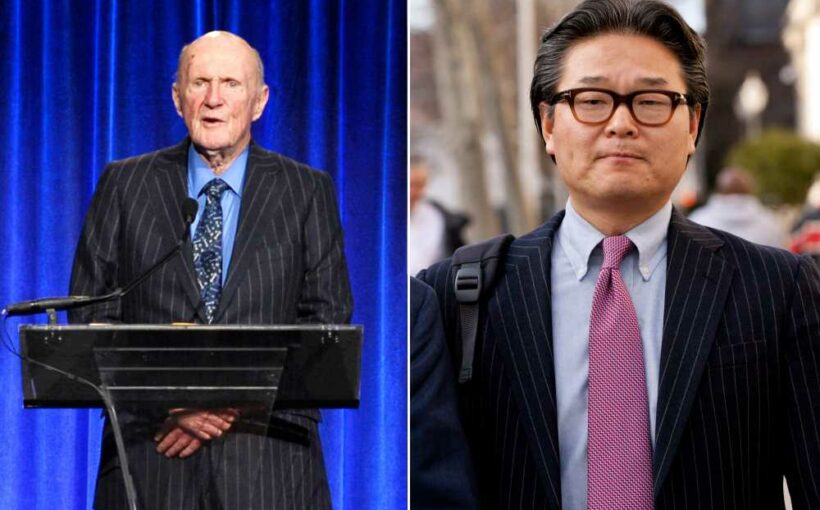 Robertson, 88, opened up to Bloomberg News about his friendship with Bill Hwang of Archegos Capital Management, which was reportedly forced to sell more than $20 billion worth of shares after some of his trading positions went south.

Robertson said he would still invest money with Hwang — who worked for him at his firm Tiger Management — despite his checkered past and the massive fallout from his latest blowup.

“I’m just very sad about it,” Robertson told Bloomberg in a Monday interview. “I’m a great fan of Bill, and it could probably happen to anyone. But I’m sorry it happened to Bill.”

Hwang is one of several former Robinson protégés who are known as “Tiger cubs,” a title he used to set up a multi-billion dollar Asia-focused hedge fund called Tiger Asia Management that reportedly counted Robinson among its backers.

Tiger Asia Management shut down in 2012 after Hwang pleaded guilty to insider trading in Chinese bank stocks. He went on to start Archegos, a family office that used derivatives contracts known as swaps to supercharge its trades, according to reports.

But those bets imploded and Hwang’s firm defaulted on margin calls with major banks, which started selling off his positions. Credit Suisse and Nomura warned investors Monday that they would suffer significant losses as a result of the debacle.

Lenders around the world could end up losing more than $6 billion in all as a result of the Archegos mess, Reuters reported Tuesday.

Robertson called Hwang a “really good guy” with strong investment acumen who “made a terrible mistake” by getting into such a nasty financial predicament.

Robertson also pointed to Hwang’s devout Christian faith in vouching for his character. Hwang once said that he invests “with God’s perspective, according to his timing,” and he’s the co-founder of Grace and Mercy Foundation, a Christian-focused charity.

“He’s actually a marvelous person,” Robertson told Bloomberg. “And it’s tragic that this particular thing is probably going to have bad effects on his life.”