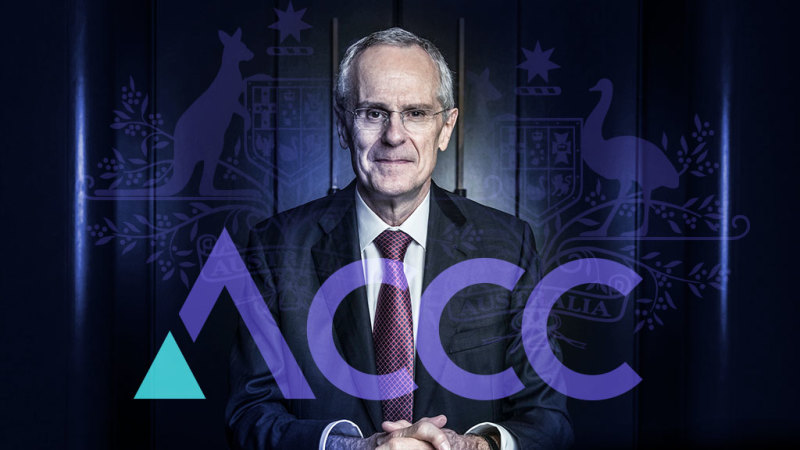 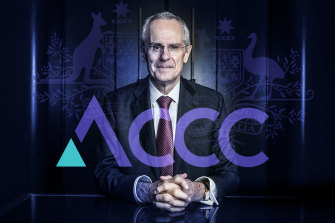 Rod Sims Chairman of the Australian Competition and Consumer CommissionCredit:Nine

For Melbourne-headquartered ANZ Bank, “Freedom Friday” on October 30 came an hour before the 6pm state set deadline for the lifting of most COVID-19 restrictions on hospitality venues and mask-wearing outdoors.

Around 5pm the bank’s legal officers received a letter from the Commonwealth Director of Public Prosecutions (CDPP) that ended the competition watchdog’s criminal cartel case against ANZ.

In the letter, prosecutors declared they would drop all charges against ANZ and executive Rick Moscati over allegedly forming a cartel with three investment banks during ANZ’s 2015 capital raising to maintain the price of the bank’s shares. The criminal cartel case against the other defendants in the trial –Citi, Deutsche and select executives from each bank, all of which were CC’d into the CDPP’s letter to ANZ – continues. (The third bank, JPMorgan, has received immunity for turning prosecution witness.)

The dropping of charges against ANZ was a bruising defeat for the Australian Competition and Consumer Commission (ACCC) in one of its biggest cases in recent years. This week Justice John Wigney described the indictments prepared by prosecutors for the remaining defendants as a “complete shemozzle”.

It’s a big courtroom loss at the end of the near eleven-year reign by ACCC chair Rod Sims – who’s second five-year-term finishes on August 1. Sims indicates he won’t seek a third term, telling The Age and The Sydney Morning Herald he thinks he’s held the position for long enough.

The ACCC’s mixed criminal cartel case scorecard in the past 12 months has taken focus away from the regulator’s important victories under Sims’ watch. This includes its successful consumer protection cases as well as its vigorous in-depth market studies and guidance directives to improve consumer and market outcomes in industries as diverse as telecommunications, electricity, gas pipeline lines, the Murray Darling Basin and digital platforms. There have also been losses, particularly in its courtroom challenges to mergers and acquisitions.

Defiant, out-of-step with corporate Australia, or the people’s hero. How you view competition tsar Sims often depends on whether you sit on the defendant’s side of the bar table or are a consumer or small business. 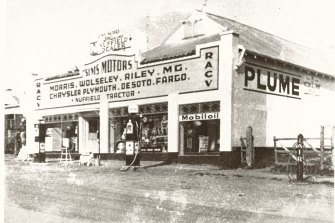 Rod Sims’ father’s garage in Lorne, Vic, which the ACCC chairman still calls home when he’s not in Sydney.

Raised in Lorne on Victoria’s Surf Coast, Sims graduated from Melbourne University and went on to build a successful career as both a regulator, an economic adviser to the Hawke government and a corporate adviser to large companies before joining the ACCC in 2011 as chairman.

He has been described as the most feared man in Australian business wielding incredible power to shape the Australian corporate landscape and market behaviour.

Other regulators envy Sims who has escaped public lashings from Treasurers (unlike the corporate watchdog) and has been granted a wide remit by the government thanks to the ACCC’s incredible success over his ten-year tenure.

“We have a market economy, which means people pursue the profit motive, which I think is terrific. It’s the best way to organise ourselves as an economy. But that means you need some checks, you need the ACCC to be out there sending deterrence messages, and that’s what we’re doing,” he says.

“You don’t want to be too cautious in that,” he says.

Sims readily riffs off the ACCC’s achievements under his stewardship. This includes (perhaps controversially) the watchdog’s roster of criminal cartel cases. It also includes the organisation’s advocacy that secured higher penalties for breaches of consumer getting the law changed in relation to market misuse powers (known as Section 46) and new laws about unfair contract terms. 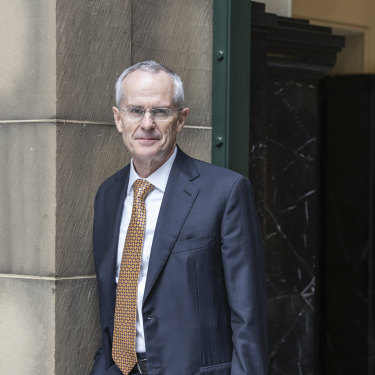 One of Sims’ greatest achievements will be taming tech giants through his digital platforms inquiry. Credit:Louie Douvis

Sims also cites the organisation’s advocacy in relation to the lack of regulation around monopoly infrastructure and achieving better regulation of gas pipelines, as well as, its market studies on the Murray Darling Basin and digital platforms. He’s particularly pleased by how quickly the ACCC reacted to the pandemic, which included providing 30 authorisations to companies to allow them to work together without running afoul of the law.

“We moved pretty quickly, and I was pleased that we were able to do that and play whatever role we could play in helping us all get through the crisis,” he says.

On his losses, Sims is often unrepentant. He frequently speaks out after a court case to push for law changes rather than issuing any statement of regret. It is the same story with the ANZ cartel case.

“To be completely clear, our role in criminal cartel matters is to do the investigations. We put them to the CDPP, they can take around six months to go through it all and decide what they want to do — whether they want to lay charges; how many charges; against whom, that’s all decisions they make.”

He is also quick to defend the ACCC’s approach to criminal investigation amid criticisms from the defence barristers during the ANZ capital raising cartel case about its evidence collection processes.

“We’ve got people with quite a lot of experience in criminal matters inside the ACCC. But obviously, the defence barristers’ it’s their job to try and unpick these things. I respect that,” he says, before quickly adding what could be interpreted as a minor concession: “Look, we always look at our processes.”

Outside its criminal cartel cases, the ACCC has also copped flack for its approach to mergers and acquisitions from some of Australia’s biggest companies. ACCC’s decisions to block mergers have been routinely overturned at the Federal Court.

In fact, the regulator hasn’t won a merger case before the courts in over 20 years and often roundly criticised for failing to understand the nuances of market forces in its challenges to corporate marriages. 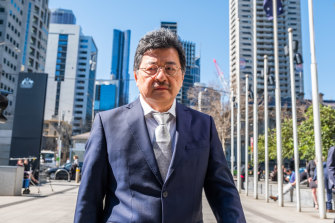 Sims, in his defence, points to the influence merger parties can have on the press when pursuing an ACCC-contested tie-up.

“As you find with most things, in particular the commercial world, people look at things through their own prism. And merger parties always think there’s no competition issues.”

“Obviously, they then hire a range of advisers who advocate on their behalf. They advocate hard, and they talk to a lot of journalists. I get that.”

“It’s a strong push by journalists to report those things that are said, but merger control is a really important thing that competition regulators do because once someone has market power, it’s very difficult to stop them exercising it.” 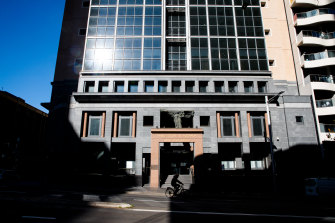 The Federal Court is where the ACCC has lost many of its competition cases, while also winning key court cases for consumers. Credit:Edwina Pickles

Linda Evans, a partner at law firm Herbert Smith Freehills, is one of Australia’s leading competition lawyers and has worked on complex merger and other competition issues with Pacific National, Vodafone, and Seven West, among many other blue chip clients.

She says there are clear issues with the way the ACCC has run its merger court cases.

“They have the view that capital markets work perfectly — and they don’t. It is not simple to write long-term contracts and there are real challenges in getting funding when backing uncertain demand and investing in new technology”

Sims recently again raised concerns with the competition law sector proposing a formal merger register where the ACCC would have a much greater say on the outcome rather than Federal Court judges.

He says the speech was intended to spark debate. It has.

“For example, the proposal to reverse the onus of proof so that it falls on the entities looking to merge rather than the regulator. This proposal is different from that used in other countries and not justified, she warns.

“That’s not the way anywhere else works.”

But Evans also has praise for Sims. Particularly his work for consumers and in market inquiries.

“Some of the work they’ve done in the market inquiry space, for example on digital platforms – whether you agree with everything they’ve said – the work that they’ve done has been substantial and intellectually rigorous. 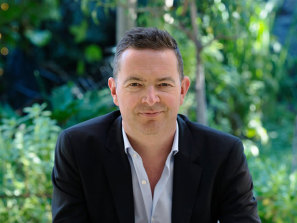 Choice CEO Alan Kirkland says Sims has made a significant contribution while leading the ACCC. Credit:

Alan Kirkland, the chief executive of Australia’s top consumer group CHOICE, knows Sims well, having worked closely with the ACCC and its chairman since 2012.

“I think the ACCC has been a fantastic regulator when it comes to consumer protection. And I think that if you look at the way in which politicians and the way people talk about the ACCC in political debate, and in the media, it is quite different to the way in which they talk about ASIC and I think that is because the ACCC has demonstrated that it’s able to take really effective action to protect consumers.”

Kirkland has been particularly impressed by the ACCC’s ability under Sims to extract positive outcomes for consumers through a range of regulatory measures — from criminal and civil cases to education programs, and sometimes a quiet chat or a public lashing.

“If you look at what happened last year, when millions of people had travel plans cancelled due to COVID. The ACCC in a really short period of time was able to force Qantas to back down and offer refunds to people rather than just travel credits.”

“I think that businesses, boards and CEOs understand that Rod Sims is a powerful force,” he says.

Sims would argue that it is far too early to talk of his departure when his contract runs until next August. But given the calibre of person required to fill his shoes, the federal government and the states that help inform its decision better get the ball rolling on the search.