Home » Economy » Jerome Powell could blow up the markets this week 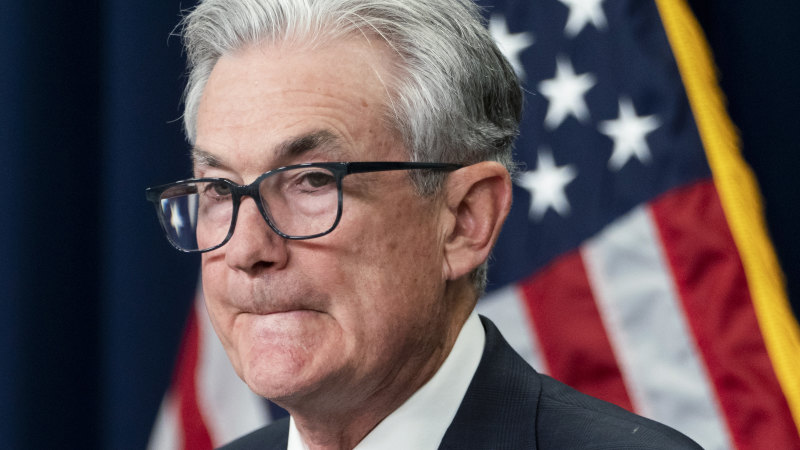 When Jerome Powell speaks at the annual Jackson Hole gathering of central bankers, economists, academics and other policy wonks in Wyoming on Friday there is a realistic prospect that he is going to blow up financial markets, or at least shake the confidence within markets that have regained their optimism in recent months.

Over the past two months sharemarkets have rebounded even as US bond yields have risen with investors apparently convinced that the end of the Federal Reserve Board’s current rates-hiking cycle is in sight. The S&P 500 has bounced more than 15 per cent of its June lows and the Nasdaq index, with a big exposure to technology stocks, has rebounded more than 19 per cent. 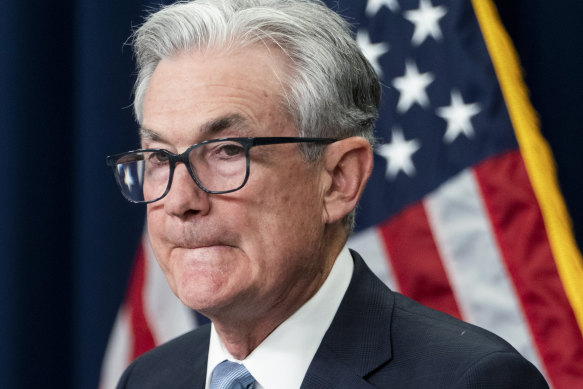 Markets have their eyes trained on Fed chairman Jerome Powell this week.Credit:AP

Both equity and bond markets are pricing in a belief that US rates will peak in the first half of next year and then start to fall in the December half.

That’s an expectation fuelled by signs that US inflation may have peaked and by mixed signals coming from the Fed.

The minutes of its most recent Open Market Committee meeting showed the participants believed that it would likely become appropriate at some point to “slow the pace of policy rate increases while assessing the effects of cumulative policy adjustments on economic activity and inflation.”

“Many participants remarked that, in view of the constantly changing nature of the economic environment and the existence of long and variable lags in monetary policy’s effects on the economy, there was also a risk that the committee could tighten the stance of policy by more than necessary to restore price stability,” the minutes read.

Those comments fed into the markets’ conviction that, while there might still be another 125 basis points or so of Fed rate rises to come, the peak of the rate cycle is not that distant.

US inflation might have peaked but, at 8.5 per cent, it’s way above the two per cent level the Fed is targeting.

While the Fed might shift to smaller increments than its recent spate of 75 basis point rises, Powell and his colleagues would be well aware that they’d be better off risking a real recession than allowing elevated inflation rates and inflation expectations to become entrenched.

Powell himself would also be conscious of his gross misreading of the US economy at the same event in the Grand Teton mountains a year ago, when he maintained the Fed stance that a spike in inflation to 30-year highs was transitory. It has since climbed to 40-year highs. 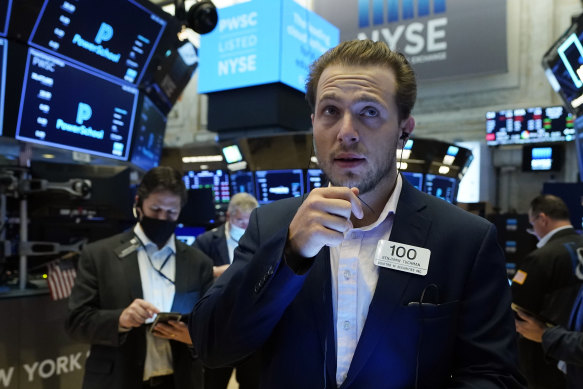 Markets have been regaining their optimism in recent months after a dreadful start to the calendar year.Credit:AP

The thesis of his address last year was that the spike in inflation was the product of a relatively narrow group of goods that had been directly affected by the pandemic and reopening of the US economy and that, from the Fed’s long experience, the inflation effects would be transitory and wash out over time.

He expected a reversion to the pre-pandemic settings of stubbornly low inflation, driven by disinflation forces that included technology, globalisation and demographics.

“While the underlying disinflationary factors are likely to evolve over time, there is little reason to think that they have suddenly reversed or abated. It seems more likely that they will continue to weigh on inflation as the pandemic passes into history,” he said.

Powell’s assumption that economies could simply return to pre-pandemic norms, even over time, has been severely challenged by events.

Supply chains, while recently improving, are still not functioning as they did pre-pandemic and, in some instances, have been permanently reshaped by the painful lessons of self-sufficiency experienced during the pandemic.

China’s economy continues to sputter and disrupt global product supplies because of its harsh approach to COVID and in any case it isn’t the low-cost production centre and force for global deflation that it once was. The heightened tensions between China and the US and its allies also aren’t going to be transient and will reshape the post-pandemic economic order.

Russia’s invasion of Ukraine will have lasting impacts on energy and agricultural supplies, prices and supply chains.

The pandemic has affected attitudes to work, impacted migration and produced historically low unemployment rates and shortages of labour in the developed economies.

Powell’s Jackson Hole speech is his best opportunity to clarify the Fed’s policies and expectations and hose down expectations that rate cuts are on the Fed’s 2023 horizon.

Whatever the post-pandemic norm looks like, once it eventually emerges, it is likely to be quite different to the pre-pandemic period Powell described now that he and his colleagues have belatedly recognised that the high inflation rates now being experienced around the world are something other than transitory.

Powell will need to address the disconnect between what the markets are factoring in and what the Fed is likely to do before investors’ optimism becomes entrenched and undermines the central bank’s efforts to tighten financial conditions.

The sharemarket recovery and the shape of the US yield curve, which is inverted (yields on long-dated bonds are below those on shorter term securities) are making it easier and cheaper for companies to raise equity and debt and sending a message to the wider population that borrowing will become cheaper next year.

Powell needs to erase any doubts over the Fed’s commitment to driving the US inflation rate down to its target whatever the economic damage in the process – because the risk of not doing so is even greater damage in future. 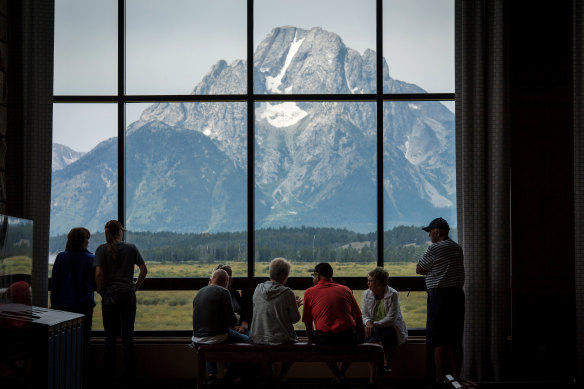 In doing so he could trigger a nasty sell-off in equities and bonds and reignite volatility in what have become complacent markets as this year has progressed but the Fed might see that as necessary if participants in the financial system are to be convinced that, this time, it will hold its nerve.

Ultimately he needs to get investors focused, not on where and when interest rates will peak but how long they will remain at that level. In the developed economies, indebtedness post-pandemic is at levels that mean rates won’t necessarily have to be pushed up to historical highs to flatten activity and the inflation rate.

To achieve the lasting outcomes the Fed and its peers elsewhere are seeking, duration – and expectations that rates will remain higher for longer – might be more important than scale, particularly as the Fed and other central banks have a second inflation-taming weapon in their armouries.

The Fed will next month double the amount of bonds and mortgages it holds that it will allow to mature without reinvestment.

That’s $US95 billion ($138 billion) of quantitative tightening a month, or about $US2.2 trillion over the next two years, and is roughly equivalent to several additional 25 basis point rate increases. Along with the conventional rate rises, the withdrawal of liquidity will tighten credit conditions.

Powell’s Jackson Hole speech is his best opportunity to clarify the Fed’s policies and expectations and hose down expectations that rate cuts are on the Fed’s 2023 horizon.

If he does what he should do and makes it clear the Fed will do whatever it takes to subdue US inflation, the markets won’t like it but gaining control over the inflation and rates narratives would make it easier for the Fed to gain control of inflation – and bring forward the moment when the cycle of rising rates ends and eventually turns.