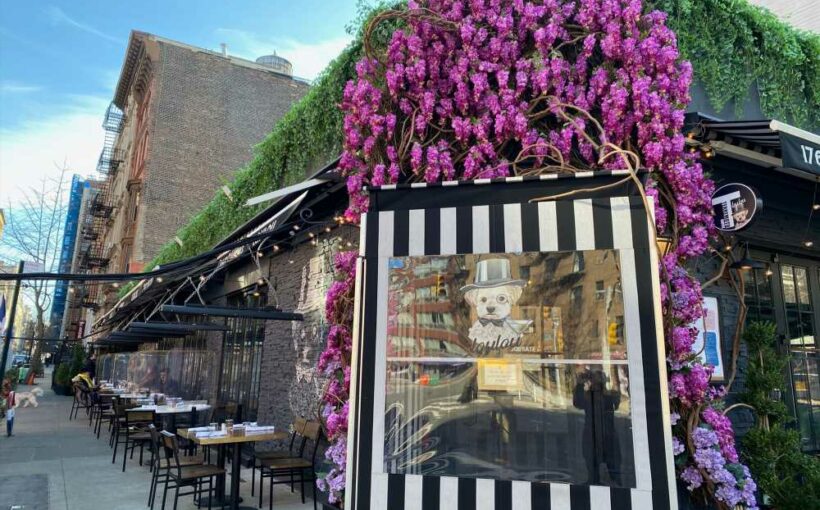 Vinnie Viola's $114M townhouse finally sells for nearly half off

It’s no secret that it takes a brave soul — some might say a crazy one — to open a restaurant in New York City. But after more than a decade of writing this column, it wasn’t until the past 12 months that I have come to understand how scrappy, inventive, relentless and yes — insanely heroic — are the folks who run your local eatery.

Even before lockdown, the pandemic was already being felt in Chinatown, where Jing Fong, that great temple of dim sum, had temporarily closed because of growing paranoia about the virus. It has since shuttered permanently, along with dozens of other Asian restaurants.

Back then, it wasn’t clear to many of us how critical the restaurant industry is to our city’s economic engine, not to mention its sense of fun and its fighting spirit.

The person who understood this the least, it seemed, was our mayor. When the lockdown began, Bill de Blasio made an appallingly dimwitted remark that showcased his arrogance and lack of empathy. A restaurant shutdown is no big deal, he said, since “obviously” only people with money can afford to eat out.

Pardon, Mr. Mayor, but what about the 325,000 people that this industry employs citywide? That’s not to mention $1 pizza slices, cheap street eats for students, construction workers, and everyone in between.

After 9/11, locals spontaneously congregated at local pubs to raise money for neighborhood fire stations. Bakeries gave out cupcakes. People defiantly ate outside as smoke still clogged the skies and our lungs.

Something similar happened during lockdown. Lives and livelihoods were lost, but even on its darkest days, New York’s spirit never dimmed — and one thing that has kept it alive is food.

Top chef Daniel Humm turned Eleven Madison Park — recognized as one of the best restaurants in the world — into a commissary. He rode his bike from the Upper East Side to work in the Flatiron District every day, he said, and regained a sense of purpose.

Yes, I wrote about rich people hoarding food and expanding their wine collections in the Hamptons during lockdown. But I also spoke with regular New Yorkers who fed frontline workers and helped their neighbors.

Take Ayala Donchin, executive chef and owner of Evelyn’s Kitchen in Harlem. The day public schools shut down, Donchin posted on Instagram: “If your child needs a meal because NYC schools are now closed, please come by Evelyn’s Kitchen. We will have healthy meals available for kids starting Tuesday. No charge.”

She fed 50 families the first day.

“I thought I was speaking to East Harlem, but the post went viral and I had people showing up from Brooklyn and the Bronx,” Donchin told me.

Brooklyn Nets star DeAndre Jordan was among those who saw her post. Soon he was contributing to 12 weeks’ worth of meals. Then another group, Jenny Kim’s Parenthood Together, reached out. On weekends between April and August, Evelyn’s Kitchen fed more than 2,000 people.

As creative restaurateurs found ways to donate meals to frontline workers, dining itself seemed to find an edge. Bars and restaurants were delivering cocktails with dinner.

“I can order a bottle of wine from Fresh Direct, why not a cocktail from my favorite restaurant?” asked one food publicist. “I hope this COVID trend stays.”

The city looked like it was in the midst of an apocalypse in the depths of the lockdown. Some of our favorite restaurants closed: Gem Spa, the 21 Club, Aquagrill, Lucky Strike and Eisenberg’s Sandwich Shop.

All of that changed with outdoor dining. On the Upper East Side at Bar Italia, folks munched grilled calamari from paper bags while downing cocktails. Second Avenue’s bar scene was like one long (and unmasked) block party.

Some Big Apple enclaves have been hit harder than others. Some families fled the Upper West Side as an influx of homeless men, some with addiction issues and sex offender convictions, moved in to be housed near schools. But the neighborhood has found its groove again, and new restaurants are opening every week.

Other districts aren’t faring so well.

“There has been so much damage. It will take a couple of years for certain neighborhoods to get back on track,” said restaurant consultant Donny Evans. “Times Square and Midtown are a f–king mess. They will be a disaster until next fall at the earliest. Broadway may not come back until maybe Thanksgiving.”

In Chelsea, however, places like Loulou Petit Bistro & Speakeasy are flourishing against the odds.

Mathias Van Leyden had opened Loulou three weeks before lockdown. He had to shed all of his staff except for the chef and bartender. Soon, he was serving drinks from mason jars and food from an open window in the back. Then delivery, then feeding frontline workers with money raised online.

“They came up Eighth Avenue, destroying closed businesses, but they left places that were open alone. They just wanted to break and steal stuff,” Van Leyden said.

Rioters broke into the bar next door, into a sex shop across the street, and then a bike store. Van Leyden hired a contractor friend to board up his glass storefront and his girlfriend, artist Bess Hsu, then painted it.

“We left chalk out for people to write their notes,” he said.

Loulou survived, with more seats now than it did before the pandemic — and yes, most of them are now outside.