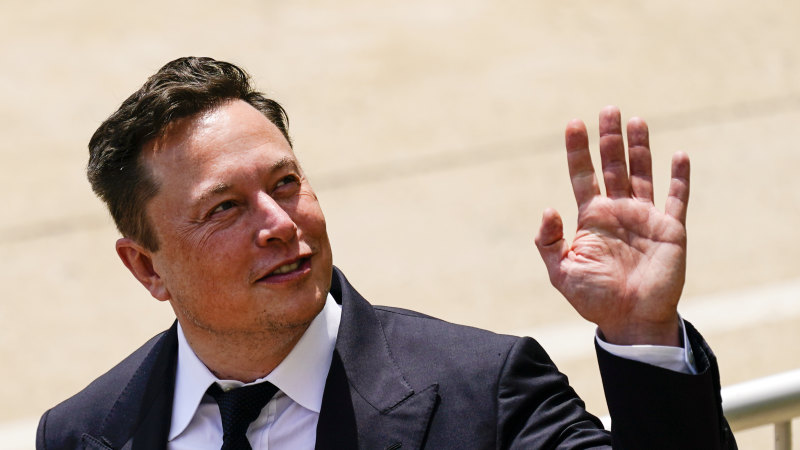 Elon Musk doesn’t think visionaries like him should pay taxes the way little people do. After all, why hand over his money to dull bureaucrats? They’ll just squander it on pedestrian schemes like … bailing out Tesla at a crucial point in its development. Musk has his sights set on more important things, like getting humanity to Mars to “preserve the light of consciousness.”

Billionaires, you see, tend to be surrounded by people who tell them how wonderful they are and would never, ever suggest that they’re making fools of themselves. 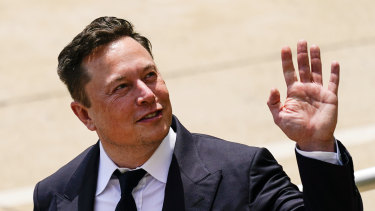 The world’s richest person, Elon Musk, is no fan of the proposed billionaire tax.Credit:AP

But don’t you dare make fun of Musk. Billionaires’ money gives them a lot of political clout — enough to block Democratic plans to pay for much-needed social spending in the US with a tax that would have affected only a few hundred people in a nation of more than 300 million. Who knows what they might do if they think people are snickering at them?

Still, the determined and so far successful opposition of incredibly wealthy Americans to any effort to tax them like normal people raises a couple of questions.

First, is there anything to their insistence that taxing them would deprive society of their unique contributions? Second, why are people who have more money than anyone can truly enjoy so determined to keep every penny?

On the first question, there’s an enduring claim on the right that taxing billionaires will discourage them from doing all the wonderful things they do. For example, Mitt Romney has suggested that taxing capital gains will cause the ultrawealthy to stop creating jobs and buy ranches and paintings instead.

Why are people who have more money than anyone can truly enjoy so determined to keep every penny?

But is there any reason to believe that taxation will cause the rich to go Galt and deprive us of their genius?

For the uninitiated, “going Galt” is a reference to Ayn Rand’s “Atlas Shrugged,” in which taxes and regulation induce wealth creators to withdraw to a hidden stronghold, causing economic and social collapse. Rand’s magnum opus was, as it happens, published in 1957, during the long aftermath of the New Deal, when both parties accepted the need for highly progressive taxation, strong antitrust policy and a powerful union movement. The book can therefore in part be seen as a commentary on the America of Harry Truman and Dwight Eisenhower, an era during which corporate taxes were more than twice as high as they are now and the top personal tax rate was 91 per cent.

So, did the productive members of society go on strike and paralyse the economy? Hardly. In fact, the postwar years were a time of unprecedented prosperity; family incomes, adjusted for inflation, doubled over the course of a generation.

And in case you’re wondering, the wealthy didn’t manage to dodge all of the taxes being imposed. As a fascinating 1955 Fortune article documented, corporate executives really had come way down in the world compared with their prewar status. But somehow they continued to do their jobs.

OK, so the super rich won’t go on strike if forced to pay some taxes. But why are they so concerned about taxes anyway?

It’s not as if having to cough up, say, $US40 billion ($54 billion) would have any visible impact on the ability of an Elon Musk or Jeff Bezos to enjoy life’s pleasures. True, many very wealthy people seem to consider moneymaking a game, in which the goal is to outperform their rivals; but standings in that game wouldn’t be affected by a tax all the players have to pay.

What I suspect, although I can’t prove it, is that what really drives someone like Musk is an insecure ego.

He wants the world to acknowledge his unequalled greatness; taxing him like a “$US400,000-a-year working Wall Street stiff” (my favourite line from the movie “Wall Street”) would suggest that he isn’t a unique treasure, that maybe he indeed doesn’t deserve everything he has.

I don’t know how many people remember “Obama rage,” the furious Wall Street backlash against President Barack Obama. While it was partly a response to real changes in tax and regulatory policy — Obama did, in fact, significantly raise taxes at the top — what really rankled financiers was their sense of having been insulted. Why, he even called some of them fat cats!

Are the very rich pettier than the rest of us? On average, probably yes; after all, they can afford it, and the courtiers and flatterers attracted by huge fortunes surely make it harder to keep one’s perspective.

The important point, however, is that the pettiness of billionaires comes along with vast power. And the result is that all of us end up paying a steep price for their insecurity.