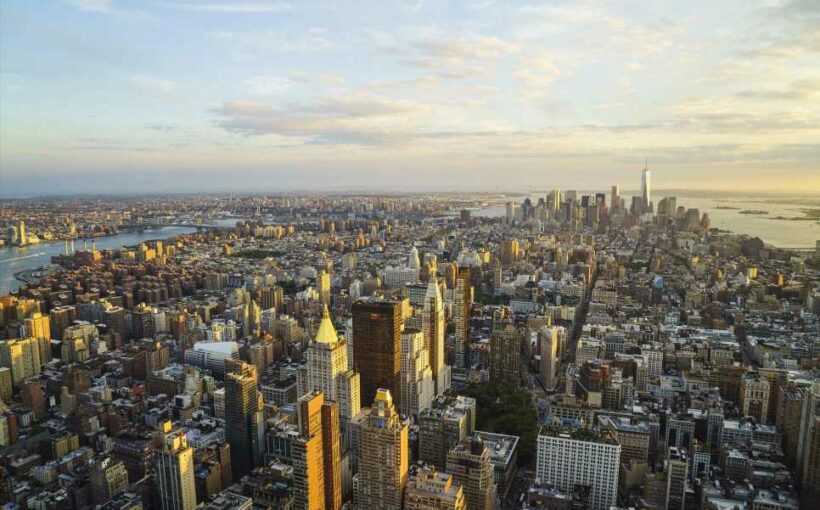 New York City’s economic recovery experienced a minor setback as of June 19, falling one point to a score of 76. A slight lull in the home sales market was to blame for the dip, as every other component measure in the index made progress, with some reaching the best scores since the onset of the pandemic. This is the sixth week the index has surpassed a score of 70, and the ninth straight week above 60.

This was also the first week the index began to reflect the impacts of the state’s decision to lift COVID-19 restrictions on June 15, after meeting the country’s vaccination goal of 70% (at least one shot). So far, COVID-19 hospitalizations and rental vacancies are declining, while subway ridership and restaurant reservations continue to increase, all pointing toward a stronger season ahead.

New York City’s recovery stands at 76 out of a total score of 100, according to the New York City Recovery Index, a joint project between Investopedia and NY1. The index fell by one point from the prior week. Over a year into the pandemic, NYC’s economic recovery is now roughly three-quarters of the way back to early March 2020 levels.

As of June 20, New York State fully vaccinated approximately 53.96% of its broader population and 62.6% of the currently eligible population (all ages 12 and older). In a national ranking of state vaccination efforts, New York State maintained its place, coming in 18 out of 59 states, districts, and territories, according to VeryWell Health.

The estimated UI claims rate in New York City declined this week, and is now 75% above 2019 levels compared with 80% last week. It was one of the best weeks since the onset of the pandemic, and the sixth straight week UI claims stayed under 100% above 2019 levels.

Demonstrating regular weekly progress, the trend is a sign that reopening, along with a decline in hospitalizations, means better times likely lie ahead for New York City’s economic recovery. As subway usage and restaurant reservations expand, expect UI claims rates to continue to move in the positive direction as more customers fill more businesses that will need to make continued hires.

New York City’s home buying market has been red hot since August of 2020, but buyers paced themselves this week, as pending home sales slowed to 61% above 2019 levels, down from 77% last week.

So far, home sales remain the only measure to surpass pre-pandemic performance, even as they declined week-over-week, falling from 730 to 690. Brooklyn made a comeback, jumping from 45% to 80% above 2019 levels for the week, while Manhattan and Queens trailed at 68% and 19%, respectively.

The summer typically creates a higher turnover for renters, as leases end, particularly for student renters, and landlords look for new tenants. If current trends hold, they may bring the rental market back to pre-pandemic levels by the end of the summer.

Subway usage swelled as of June 19, with the seven-day rolling average advancing two percentage points to 52% below pre-pandemic ridership, from 54% the week prior. The Metropolitan Transportation Authority (MTA) estimated a trailing seven-day average of over 2.21 million riders on public transport, pushing the index’s subway score up by two points.

Restaurant reservations continued to make gains as of June 12, with OpenTable estimating the trailing seven-day average of seated diners in New York City now at 50% lower than the same period in 2019, compared to 52% last week. This was the second week of improvement for the restaurant industry after several weeks of slowed recovery.

With remaining COVID-19 restrictions on dining lifted across NYC, as well summer tourism and outdoor dining weather in full swing, reservations should see continued growth over the next few months, moving towards full recovery.