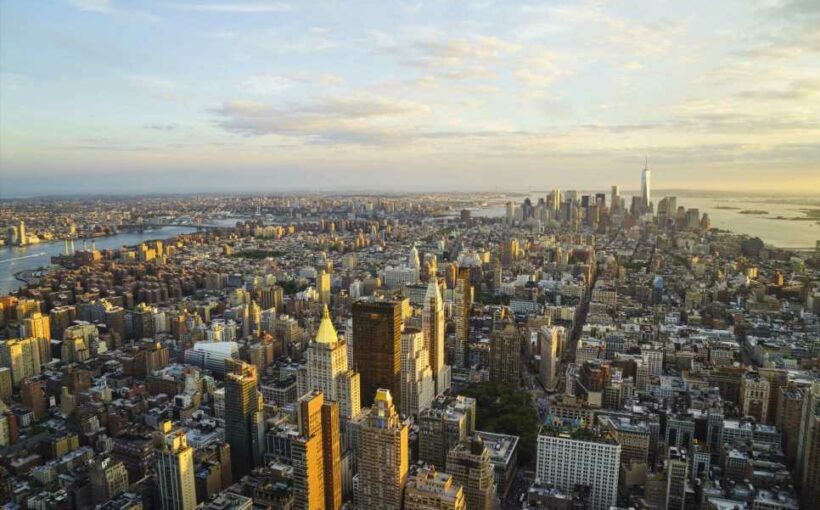 New York City’s economic recovery experienced a setback as of May 8, regressing back to a score of 65. This is still the second-highest level since the onset of the pandemic and represents a major continuing improvement across the board from post-pandemic levels. The Index’s decline was mainly due to an expected regression in the unemployment insurance (UI) rate after an outlier increase last week, along with a small decline in home sales. Elsewhere, positive trends continued in both COVID-19 hospitalizations and restaurant reservations.

As summer is effectively upon us and vaccination rates have begun to taper off, there is a hope that New York might be able to reach approximately 70% inoculation against COVID-19 so that restaurant reservations, subway usage, and the rental market can all swing into their busy season as unencumbered as possible. Governor Andrew Cuomo has set the current midnight closing time for outdoor dining areas to expire on May 17. The indoor dining curfew will come to an end on May 31.

New York City’s recovery stands at 65 out of a total score of 100, according to the New York City Recovery Index, a joint project between Investopedia and NY1. The index fell 10.6 points from the prior week. More than one year into the pandemic, NYC’s economic recovery is now roughly two-thirds of the way back to early March 2020 levels.

New York state has vaccinated approximately 42.6% of the population and 53.7% of the currently eligible population (i.e, all adults), as of May 5. The state is on pace to achieve 70% vaccination in August of 2021 — placing it 17th out of 59 U.S. states, municipalities, and territories — according to VeryWell Health.

We estimate initial unemployment insurance claims in NYC to be 116% above 2019 levels for the week of May 8. Compared to last week, this appears considerably higher due to an unseasonable dip in UI claims for the same week in 2019. However, it still represents an overall improvement from weeks prior, suggesting UI claims in NYC are on their way to returning to pre-pandemic levels.

During the week of May 8, pending home sales experienced a YOY decline and now sit 60% higher than 2019 levels. The home buying market is still running higher than normal YOY for New York City since last August, and it is the only index measure to do so.

There were 790 pending home sales in NYC for the week of May 8 according to StreetEasy. This is 48 more homes than were pending in the previous week, and it is 60% higher than 2019 pending sales for the same week. However, it’s a slightly smaller increase than last week’s 66% increase from 2019.

Although New York City’s rental market has borne the brunt of the COVID-19 pandemic compared to home sales, the former now appears to be experiencing consistent positive drops in vacancies. As of the week of May 8, NYC rental vacancies declined by 243 units week-over-week. This decline in vacancies pushed the rentals index score up by another point and to its best score since mid-June of 2020.

NYC has reinstated several tax abatements in order to incentivize new construction and attract buyers. These programs reduce taxes to encourage the development of underutilized or vacant property, the conversion of commercial buildings (or portions thereof) into multiple dwellings, and the renovation of existing buildings.﻿﻿

As New York City continues its economic recovery from the COVID-19 pandemic, the real estate market will be watching to see whether there is an influx of people returning to the city throughout the summer months of 2021 to counterbalance the many departures during the height of the pandemic in 2020.

Subway ridership experienced a fairly positive increase week-over-week during the week of May 8. The seven-day rolling average was approximately 60% less than during the same period in 2019. The Metropolitan Transportation Authority (MTA) reported an estimated rolling seven-day average of just over 1.88 million riders on public transport during the week of May 8. This is approximately 5,000 more riders on average than the week prior.

Ridership is expected to increase even further as schools close for the summer in the next two weeks, rounding into Memorial Day. On Monday, Mayor Bill de Blasio announced the city will add 250 additional transit cops in response to heightened subway crimes as 24-hour service resumes on Monday, marking the largest deployment in more than two decades.﻿﻿

Restaurant reservations experienced another increase as of May 8, causing the index measure to rise by another three points. OpenTable estimates that the trailing seven-day average of seated diners in New York City sits at just over 64% lower than the same period in 2019. The restaurant industry has now seen positive movement in the reservation rate compared to 2019 levels in six of the last seven weeks.

Should this rise in reservations continue, we may witness rates that dwarf the approximately 65% to 75% YOY declines seen during most of the summer of 2020. Future trends throughout the next few months will be critical for determining whether restaurants can potentially increase their capacity along with the warmer weather, a rise in vaccinations, and/or a decline in cases.

The restaurant and hospitality industry in New York was devastated by the pandemic, particularly due to the lack of tourism in the past year. According to New York State Comptroller Thomas DiNapoli, 43.7 million fewer visitors came to the city in 2020 because of COVID-19. Tourists spent only $13 billion in 2020, a 73% decline from the prior year which will cost the city $1.2 billion in lost tax revenues in fiscal year (FY) 2021.