Home » Economy » This Is The State Where Income Is Soaring 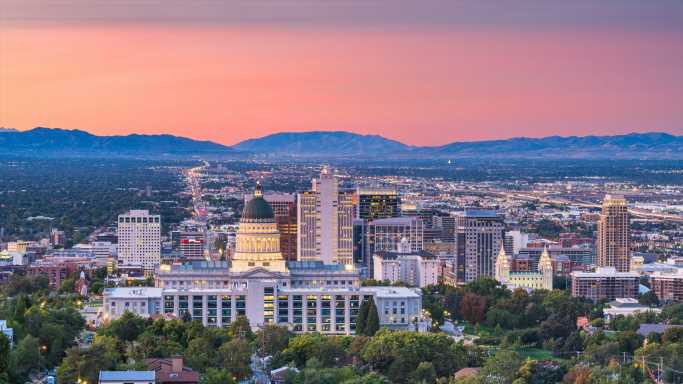 There is an impression among some Americans that the COVID-19 pandemic ruined the economy, created a drop in GDP, and a spike in unemployment. While these things did happen, the recovery was remarkably swift. Unemployment has fallen to 5.2% according to BLS August figures. GDP may grow as fast this year than it has in two decades. Middle class and upper class incomes were rarely affected. On the contrary, in many cases because home prices soared and the stock market has made an historic run. The net worth of well-to-do Americans has risen. A look at the growth in personal income, however, has been uneven when taken by state.

Widely regarded Pew Research has just issued a study entitled “Fiscal 50: State Trends and Analysis–States Began 2021 With Record Personal Income Growth”. The primary conclusion of the study was that:

More than half of states recorded their strongest personal income growth ever in the first quarter of 2021 as the economic recovery accelerated. Multiple rounds of pandemic-related government benefits drove year-over-year gains in every state, while earnings—the bulk of personal income—also edged up in most states.

One caution, the researcher said was that when some government stimulus disappears, this growth will likely slow.

Nationwide, personal income rose 14.4% in the first quarter of 2021 compared to the first quarter 2020, which was before the pandemic started to take a financial toll. A review of numbers which go back to 1948 showed that the rate of improvement was unprecedented.

The top of the list in terms of personal income growth does not have a solid pattern. Utah ranked first at 19.8%. Traditionally, the state has very low unemployment and rapid population growth. Idaho was second at 19.4%. Idaho has also grown rapidly based on population in the last decade. It has also become a popular spot for people who have decided to move from expensive coastal cities like Los Angeles, San Jose, and San Francisco.

The next state in terms of personal income growth is West Virginia at 19.2%. Some of this is due to federal assistance, but this assistance helped other states even more. The researchers wrote:

A spike in government assistance to individual Americans drove the dramatic gains in every state, with total aid more than doubling in Hawaii, Nevada, and Utah, compared with a year prior.

The states with the slowed personal income growth rates were Wyoming at 9.4% and Connecticut and New York at 9.2%.