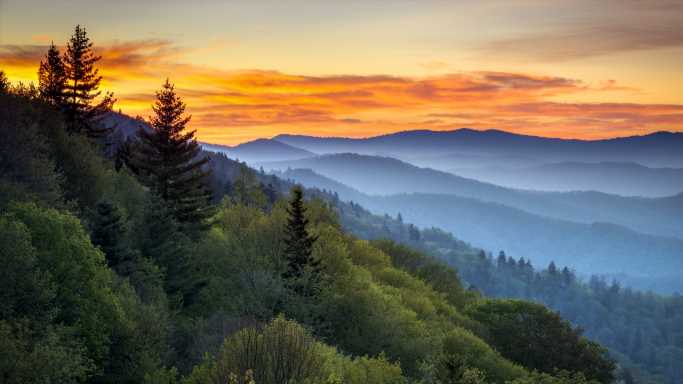 The retirement age in America has changed over time. The Social Security Administration keeps a record it calls “Normal Retirement Age.” In 1937 and years earlier, the age was 65. Over time, the figure has risen. For people who retired in 1960 or later, the figure is 67.

A number of calculations go into when people retire. One is how much money they get from Social Security and other sources like pensions. Another is the cost of living. Yet another is how much money people have saved for the past decades of their lives.

As people reach retirement, they often make a decision about where they might want to move. The houses they have owned for decades may be too large because their children have moved away. Some have equity in their homes. As they move, this money allows them to buy a home elsewhere. Retirees often move to places that are warm, or where costs of living are low, so they can extend the buying power of their incomes.

“Hire A Helper” recently released its “2021 Study: Where Americans Moved to Retire in 2021.” Relocation has become a major issue for new reasons, according to the study: “According to recent estimates, COVID forced up to 3 million Americans to retire earlier than planned. This development pushed the percentage of people aged 55 and over who are retired to 50%, which is 2% higher than it was before the pandemic.”

The pandemic actually may slow the relocation of retirees. As infections continue to spread, the question of where it is “safe” has taken on a new dimension.

The study used U.S. Census Bureau’s Current Population Survey and its Annual Social and Economic Supplements for 2021. In particular, the researchers used the section on who left cities and states in the period.

The state where the highest percentage of retirees moved from another state was Tennessee. One reason given, which is entirely subjective, is the “vibrant cities of Nashville and Memphis.” More objective, Tennessee has the lowest tax burden in the country after Alaska.

These are the 10 states people are most likely to relocate to for retirement: 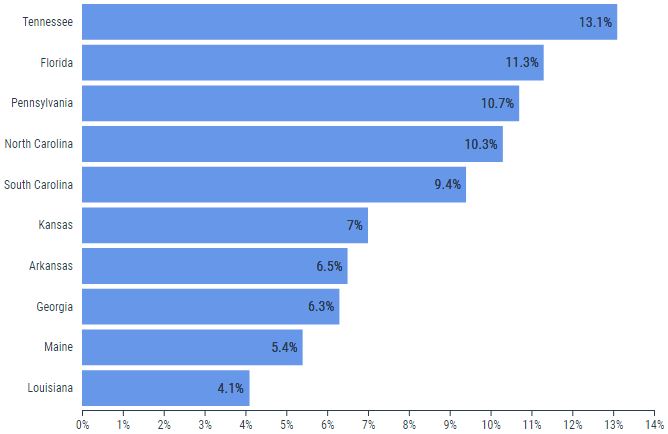 These are the 10 cities people are most likely to relocate to for retirement: 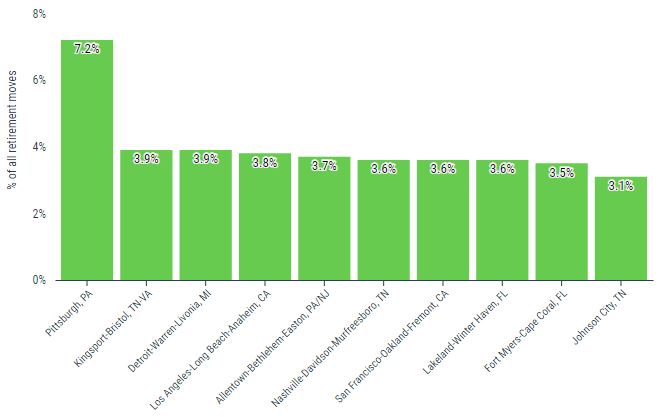 Click here to see how many people are retired in your state.