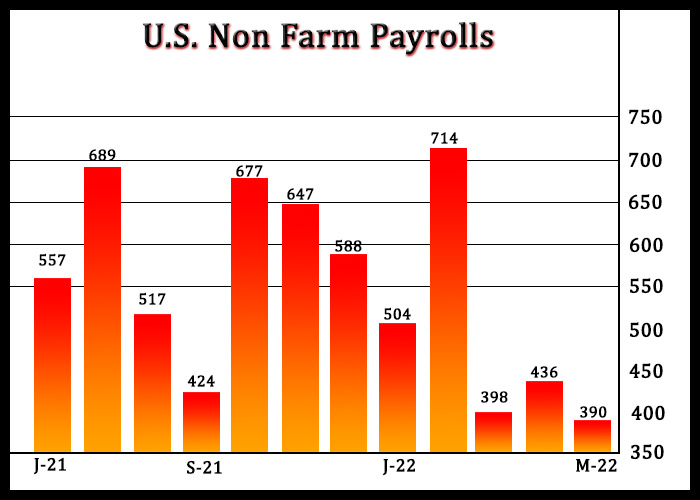 Job growth in the U.S. exceeded economist estimates in the month of May, according to a closely watched report released by the Labor Department on Friday.

The report showed non-farm payroll employment jumped by 390,000 jobs in May after surging by an upwardly revised 436,000 jobs in April.

Economists had expected employment to increase by about 325,000 jobs compared to the addition of 428,000 jobs originally reported for the previous month.

The stronger than expected job growth partly reflected significant increases in employment in the leisure and hospitality, professional and businesses services and education and health services sectors.

The transportation and warehousing and construction sectors also saw notable job growth, while employment in the retail sector slumped by 60,700 jobs.

The unemployment rate came in unchanged came as the labor force grew by 330,000 people, while the household survey measure of employment increased by 321,000.

“The deceleration in wage growth is encouraging because it suggests that the broader cyclical price pressures in the economy are close to peaking,” said Michael Pearce, Senior U.S. Economist at Capital Economics.

He added, “But it will take a slowdown in annual wage growth to closer to 4% before the Fed can claim it is making significant progress towards its inflation goal.”