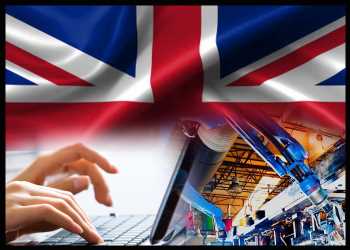 The UK private sector expanded more than expected in November, albeit the pace of expansion slowed marginally from October, the flash survey results from IHS Markit showed on Tuesday.

The composite output index registered 57.7 in November, down fractionally from 57.8 in October. Economists had forecast the index to fall sharply to 54.1.

A reading above 50.0 indicates expansion. Moreover, the score was well above the economists’ forecast of 54.1.

Service sector growth outpaced the manufacturing recovery in November, although the latter saw its strongest expansion for three months.

The services Purchasing Managers’ Index dropped to 58.6 in November from 59.1 in the previous month. The expected reading was 54.6.

New order intakes increased at the strongest pace since June, fueled by robust rises in business and consumer spending.

Strong customer demand and increased backlogs of work contributed to another marked rise in private sector employment. Nonetheless, the latest growth was the slowest since April.

On the price front, the survey showed that input price inflation increased at the steepest rate since the series began in January 1998.

Exceptionally strong cost pressures meant that prices charged by manufacturers increased at the steepest rate since the index began 20 years ago. However, service providers indicated a slight slowdown in output charge inflation to its lowest for three months.