Home » Economy » Will Ascendis End The Year On A High Note? 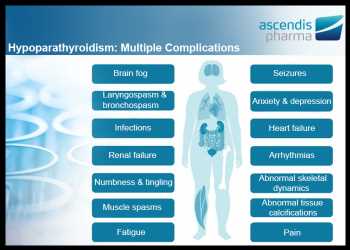 Parathyroid hormone plays a critical role in controlling calcium, phosphate and calcitriol (active vitamin D) levels in the blood and bone. Hypoparathyroidism is a rare endocrine disorder characterized by deficient or absent parathyroid hormone and it affects over 200,000 people worldwide. People living with hypoparathyroidism experience a diverse range of physical, mental, cognitive and emotional symptoms.

In a global phase III trial, dubbed PaTHway, on which the company’s New Drug Application for TransCon PTH was based, the primary and all key secondary endpoints were met.

Ascendis also plans to seek approval for TransCon PTH in adult patients with hypoparathyroidism in Europe during this quarter, based on the results of the PaTHway trial.

— TransCon CNP is under a phase II clinical trial in children ages 2-10 years with achondroplasia, dubbed ACcomplisH. Topline and initial open-label extension data from this study are expected during this quarter.

Achondroplasia is a skeletal disease and the most common form of dwarfism. Biomarin Pharmaceutical Inc.’s (BMRN) Voxzogo is the first approved drug for children ages 5 and older with achondroplasia. It secured FDA approval last November.

— TransCon hGH is under a global phase III trial in adult growth hormone deficiency, dubbed foresiGHt. Enrollment in this study is expected to be completed this quarter.

The U.S. revenue of Skytrofa more than doubled quarter-to-quarter to €12.3 million in the third quarter of 2022. The drug is expected to be launched in Germany in mid-2023.

— TransCon TLR7/8 Agonist is under a phase I/II trial in participants with locally advanced or metastatic solid tumor malignancies is ongoing. This compound is being tested alone or in combination with Merck’s Keytruda in the trial.

— TransCon IL-2 ß/? as monotherapy in patients with locally advanced or metastatic solid tumors is under a phase I/II dose escalation and dose expansion trial. Topline data from monotherapy dose escalation part of the trial is expected during this quarter.