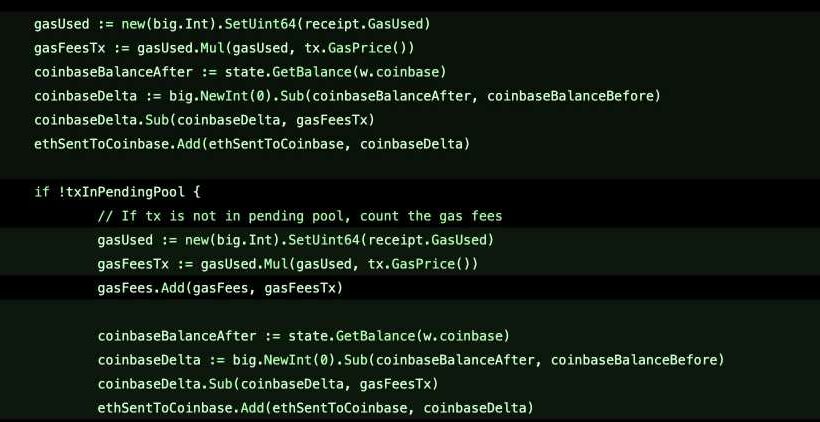 “The tip of the chain is the natural future battleground for MEV” says Nathan Worsley who describes himself as an MEV engineer.

He promotes an old idea that might find a new market. As you might know, blockchain consensus is established by the longest chain. When two blocks are found at the same time, miners choose to build upon one of the blocks and so that chain is extended and becomes the blockchain.

Which block they choose is based on technical considerations, primarily which one they saw first. As soon as they find out they are wrong by the broadcasting of a new block built on top of a competing block, they switch to what is now the longer chain.

There are many what ifs here, analyzed over the years, including what if he doesn’t switch and is lucky enough to get two blocks in a race of sorts with the other chain. Ultimately however the block reward is sufficient for miners to avoid any speculative games. They take the course of least resistance and thus least risk. If another chain has even the slightest chance of being the longest, that’s where they go because it makes no difference to them which chain is the longest to the point they’d want to speculate on a shorter one. Instead they want the certainty that the block they find has a worthy reward, rather than it being a worthless orphan or in eth a less worthy uncle.

Imagine this scenario however. Leet has been hacked. Leet finds out right at the moment the bitcoin block is mined of the hack. He has ten minutes, in that period he taps into a miners backchannel. Says: hacked, do whatever it takes to orphan block 666. Miners know they will be handsomely rewarded, but do they take the chance?

Let’s now have Leet ask in an if/then manner in an automated way that lets the miner bot instantly know just as they start working on a block they have the opportunity to gain 10x or 100x or even 1000x by orphaning.

The simplest example is Normie wants meme token and sends the transaction. Leet sees it, sends a smart contract template that says buy the meme token to increase the ask price and then sell it again to the normie at a higher price, with this front running facilitated by increasing the gas fee paid to the miner, thus Leet gets included while Normie doesn’t, something of a protocolarized ‘bribe.’

The miner bot himself can do a lot more here if coded so, as some pools have like Etherchain. Instead of increasing the gas fee, they can choose to not include the normie transaction in a mined block, including instead their own transaction that extracts value.

This transaction re-ordering is how far matters have gone, but a new MEV Uncle Bandit Geth repo suggests taking it further so that there’s a block reordering as well.

Leet spends all day looking at new broadcasted smart contracts through his reader bot and on spotting this opportunity he broadcasts to miners through the bandit client a reward of $2 million if they fork the flashloan block and work instead on a block that contains his contract, with the miner bot thus needing to do only one job, instead of the whole thing.

This new proposed client gives this broadcasting capability, this backchannel to miners, where anyone can through code tell all miners if fork then $$$.

There’s a debate now among defi-ers following the release of the repo with some expressing concern regarding the potential chaos such new incentives for block organizing can cause.

Where ordinary ethereans are concerned in making transactions to Coinbase, their own wallet, or other ordinary transactions, this new client changes nothing because you just wait for more confirmations.

Where some time sensitive defi aspects are concerned, a block reorg can mean gains disappear, or losses, with the opportunities here endless but only if it’s possible to achieve such block reorganizations.

A Battle of Times

For a miner to really do any such re-org, they would be battling time and that is a very difficult thing.

The blockchain consensus works on first seen. The first block broadcast is the first seen and the one everyone builds on. If two blocks are broadcast at the same time, then variance decides with blockssometime found within a second and sometime 30 seconds.

The chain-tip, or the last block lets say 777, in a normal situation is what everyone is working upon. This is now not first seen, but all seen. You can’t just broadcast a new block and claim this is actually 777 because no one thinks so.

In eth where block times are very short, you need to have mined already at the very least block 780 while not having broadcast your secretly mined blocks from 777 to 780 to have any chance of other miners caring about what you say because now you have a longer chain.

In the current composition of ethereum pools, this is a bit impossible. No miner currently has more than 25%, so for every block the biggest one mines, 3 other blocks are found. Thus, while Biggie has secretly mined these four blocks to get the chain to 780, the global blockchain is at about 792.

Biggie has just wasted his time, and instead of a $5 million flashloan, he has lost about 8 eth, or some $20,000 if we account for fees.

The only way Biggie is going to get anywhere is if he shares this $5 million with all other miners, but there isn’t a way to do that automatically.

So however much miners might want that flashloan money, mechanistically they can’t have it, and the only way they can is if one miner has 60% or so with it even then being more a game of chance due to block variance, meaning preferably you’d want just one miner, but then it’s not quite eth.

Thus this new repo does not appear to us to quite be a reason for concern. If it is, you can just upgrade the protocol to have decentralized miner-set checkpoints like the new Proof of Stake ethereum 2.0 blockchain has with finality.