Home » Industries » ‘Vodafone, Cairn disputes will get resolved in a way most consider fair’ 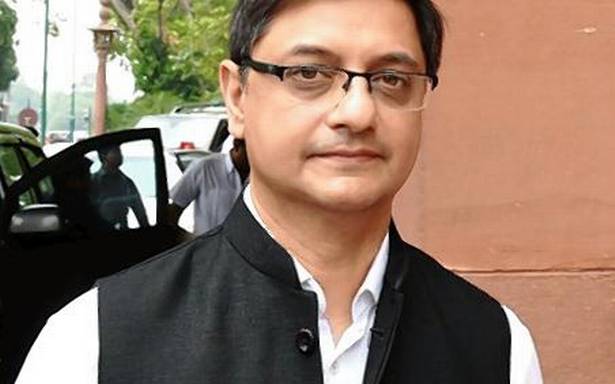 Since we inherited it, we are following the process to its logical end, says advisor

India’s recovery in recent months from the steep contraction in the initial phase of the COVID-19 pandemic, is probably the strongest in the world, and the economy could record a fairly high growth rate in the coming two years if the global economy recovers by 2022-23, said Sanjeev Sanyal, principal economic advisor, Finance Ministry. Terming the Vodafone and Cairn tax disputes ‘legacy issues’ , Mr. Sanyal said these would hopefully be resolved in a manner considered fair. Edited excerpts:

The Budget has taken steps like coming clean on the fiscal deficit position, a privatisation push and FDI liberalisation. What is the broad message?

Obviously the Budget has come at a time after we have gone through a difficult shock in the global economy that affected us too. We needed to respond to it. Since the lockdown, we have taken a lot of measures to ramp up demand even before the Budget. Two things we did – unlike almost any other country in the world, we did a lot of supply side reforms in labour laws, farm laws, large scale deregulation in sectors. At the same time, once the lockdown had been reasonably opened up, some pent-up demand came in and we also added to it by ramping up very significantly the capital expenditure, with data showing a 129% rise in October 2020, 249% in November, and 62% in December. So a demand stimulus was already being delivered for four months. And that has shown in the V-shaped recovery with virtually every indicator coming back strongly, probably the strongest in the world right now.

Now, we will presumably open up the supply side even further – there are some sectors still under tightness – entertainment and so on, where there are some restrictions. But we will be opening them up and getting the benefits of all the supply side measures done over many years — GST is now by and large settled. I don’t think people grumble too much about it and it is obviously a vast improvement on what used to be the old system. The IBC is in abeyance right now, but cases are still happening and some backlog is still getting cleared. The benefit of these will keep coming in and so what we are doing in the Budget is to provide a demand kick. We have a very specific approach to pump demand using capital expenditure on infrastructure in a wide sense, including health and education. The reason we are doing this is because we are conscious of the fact that while the economy requires some support, we will be running up more debt. It is very important that we build assets and leave behind future generations who will repay these debts, with assets. The second reason is because this has the biggest multiplier effect.

Many studies show infrastructure spending is the one that gives the biggest bang for the buck, because it creates jobs across the talent and skill range – from engineers to the man who pours the cement. Multiplier effects extend to cement, steel, earth moving equipment and once the infrastructure is in place, creates other jobs. So the job multiplier is high and it is reasonably quick. While the project may take many years, as soon as you get the projects running, you are creating demand.

All this fits together very well at this point of time. It is investment-driven growth, initially driven by the public sector, but hopefully, the private sector will come in, in the not-too-distant future.

We are opening up to FDI, but, at the same time, there is a protectionist stance on customs duties…

This is a complete misunderstanding. Atma Nirbhar Bharat is not a return to 1950s style import substitution. We are open for business and want to be part of global supply chains. The PM and the FM are absolutely clear on this. We are opening systems for foreign investors to come in and build capacities in India. But at the same time, AtmaNirbharta means we do invest in some sort of resilience. For example, we may have a globally competitive pharma sector. But we do need some of the key inputs to be produced in India as well. Otherwise, as we found last year, if you have a single foreign source, all of a sudden, that source may stall for whatever reason and this great sector you have stalls too. So AtmaNirbharta is not about going back to the Ambassador car at all. We intend to be at the cutting edge of technology, we intend to bring in the very best of the world and we want to compete with the rest of the world in foreign markets as well. And we are doing so, whether it is in vaccines now or in electronics. As far as tariffs are concerned, some have gone up but some have gone down as well, like in special steels. That is tactical management.

You spent several years at Deutsche Bank and looked at the Indian economy from a foreign investor’s viewpoint. What is the signal that goes out from the Vodafone and Cairn taxation cases?

This is a legacy issue… The former Finance Minister had given a commitment that such retrospective taxes will not be done.

Nevertheless, since we inherited it, we are following the process to its logical end and at some point of time, it will get resolved in a way that I think most people will consider fair. It’s just going through the process.

The disinvestment policy is ambitious, with the privatisation of two public sector banks and a general insurer envisaged in the coming year

There is no question that we are aggressive about it. We have been aggressive about it for a while, but were unfortunately able to get things done because the markets turned against us in 2020-21. But work on Air India and others has been done. Now the question is to actually privatise them and I am confident that will happen in the coming year. Right now, 70% of our banking system is in the public sector. Even after many years, it is quite possible that more than half will still be in the public sector. The Vajpayee government had managed to sell some PSUs but then there was a long pause and now we are restarting the process.

It’s very clear that if we are going to do a grand growth push using infrastructure as the driving force, then we do need a couple of institutions that have the capacity to deal with the special nature of the financing requirements for these projects. We did set up NIIF a few years ago – that is a fund of funds kind of investor. We then need one more institution that also does it – a DFI. Then we will have both, loosely speaking, the debt and equity side, to finance these. You are right. There are some things to be learned from the past experience of our DFIs. But remember we are in a different environment today. Those DFIs functioned in a completely closed, socialist environment. Now, we are dealing with open market systems with a great amount of transparency. We expect the governance structure to be much more open and transparent. Anyway, this institution will have to compete as we will allow private sector players too.

What’s your take on the digital tax imposed in the Budget?

It’s an equalisation tax of sorts. People have created platforms in India and are paying their fair share of taxes so it is fair that those who are whatever reason outside the domestic net, also pay their share of taxes. We are not targeting any company or have anything against foreign companies. Other jurisdictions are also doing it. It is not about India or a specific company.