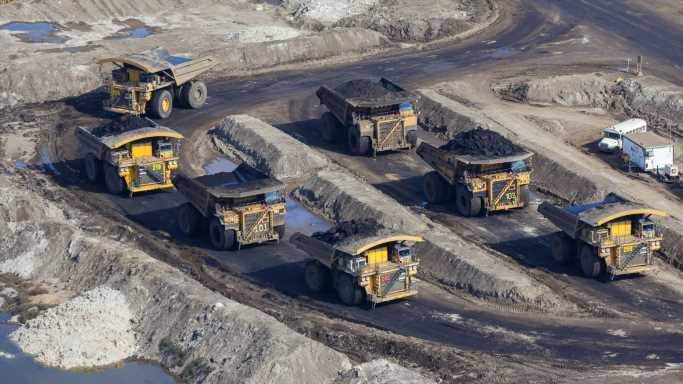 The dividend score combines a stock’s dividend yield and growth rate to generate a score of up to 100, based on its ranking against screened peers.

Canadian Energy and Mining stocks have predominantly dominated the leaderboard as they have benefitted from rising commodity prices.

This microcap company is valued at only CAD$12.14 million by market capitalization after losing more than two thirds of its value as the share price cooled after booming during the pandemic over 2021.

The company has generated a net profit for every quarter over the last two years. At its most recent result for the June quarter, the microcap reported CAD$415K in net profits compared to CAD$70K in the prior year.

Canadian oil and gas royalty company, Freehold Royalties (CA:FRU) ranks in fourth place with a score of 89.98. The royalty company pays an annual dividend yield of 7.35% and has grown dividends over the past few years.

Freehold pays dividends from a high-netback portfolio of mineral titles and royalties on oil and gas properties across North America.

On a two year view, the royalty stock has grown giviends by 5.00%, while on a three year view, the dividends have grown by 0.71%. The share price has also posted a significant recovery over this period with the market capitalisation growing to CAD$2.22 billion currently.

FRU is widely covered by analysts in the street that have an average ‘overweight’ recommendation and $20.30 target on the security.

The company has grown dividends by 0.67% over the past two years, however the rate has not changed since mid-2021. The stock’s yield has risen due to the weakening share price. The stock has fallen about 20% since the beginning of 2021.

Institution Canaccord Genuity covers the stock with a ‘buy’ rating and $8.60 price target.

Canadian minerals giant Lundin Mining Corp (CA:LUN) ranks in second spot, closely behind the leader with a score of 92.61. The diversified miner currently has a dividend yield of 6.67% and has grown dividends by about 2% over the last two years.

The stock’s dividend yield has dropped significantly in the last two months with the share price more than halving.

The miners Ojos del Salado operations in Chile has been undergoing investigations by the country’s National Service of Geology and Mining to analyse geological data after reporting the formation of a sinkhole near the Alcaparrosa mine. The investigation and uncertainty continues to weigh on the stock.

Lundin is widely covered by the street and has an average ‘overweight’ rating and $10.20 price target. The rating stance is made up by one third of analysts having buy calls while two thirds of the market are neutral.

Oil and gas company Cardinal Energy (CA:CJ) is the leader of the Canadian dividend leaderboard with a score of 93.98. Cardinal began paying dividends in May of 2022 after hiatus since November 2020.

Last week, the company announced that it would be increasing the monthly  dividend for the fourth quarter from 5 cents to 6 cents. The increased rate, if sustained will result in 72 cents per share being paid with an annual dividend yield of 9.2% per anum based on the last closing share price of $7.79.

In addition to this announcement, the company’s management highlighted that they expect to be debt free by the end of 2022. Which will significantly de-risk the business. It is forecasted that net debt will fall below CAD$50 million i

Cardinal has a consensus ‘overweight’ rating and $10.90 price target.

This article originally appeared on Fintel