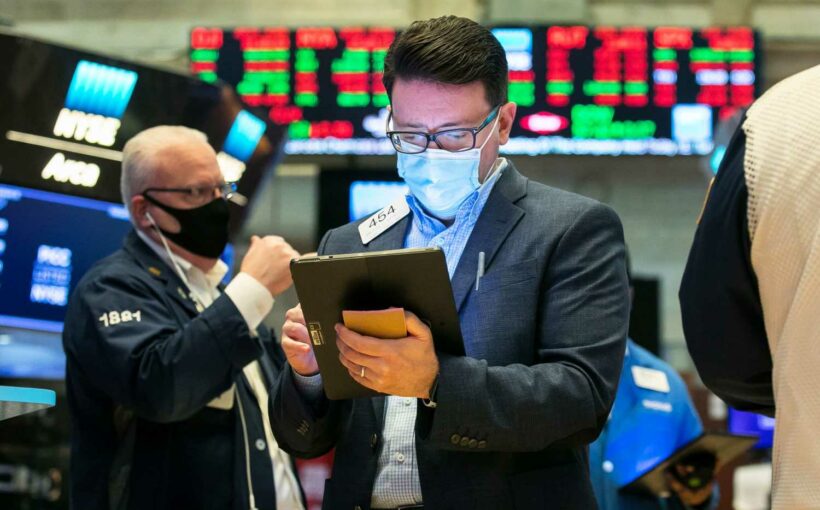 1. Dow set to bounce after breaking a six-session win streak

U.S. stock futures rose Wednesday, with the Dow Jones Industrial Average indicated up more than 100 points. A late fade Tuesday resulted in the Dow and S&P 500 falling slightly from closing record highs and breaking six-session winning streaks. However, the Nasdaq managed to hold on to a modest advance and notch another record close.

On the economy, the government Wednesday morning reported January consumer prices rose 0.3%, matching estimates. At 2 p.m. ET, Federal Reserve Chairman Jerome Powell speaks at an Economic Club of New York webinar in an address focusing on the state of the American job market.

Bitcoin bounced around Wednesday, one day after soaring to an all-time high below $48,000. Crypto enthusiasts are wondering whether other companies will follow Elon Musk's Tesla and invest in bitcoin. In the latest sign of institutional interest, Tesla revealed Monday that it bought $1.5 billion worth of bitcoin.

Coca-Cola on Wednesday said the coronavirus pandemic is still hurting sales, but cost-cutting efforts helped it top analyst earnings estimates. Shares of the Dow component rose 2% in premarket trading. The beverage giant made 47 cents per share in the fourth-quarter. Net sales dropped 5% to $8.6 billion, missing expectations. Unit case volume, which strips out the impact of foreign currency, shrank by 3%. All four of its beverage segments reported volume declines.

Shares of General Motors fell less than 1% in the premarket after the U.S. automaker said Wednesday that a global semiconductor chip shortage could cut earnings by $1.5 billion and $2 billion this year. GM's crosstown rival, Ford, last week said the chip shortage could lower its earnings. GM also issued fourth-quarter profit of $1.93 per share on revenue of $37.5 billion. Both beat analyst expectations.

Shares of Twitter rose nearly 9% in Wednesday's premarket, the morning after the social media network reported fourth-quarter earnings of 38 cents per share on revenue of $1.29 billion, both of which beat estimates. Monetizable daily active users gained 30% to 192 million from a year ago, but still fell short of expectations. Twitter is "bigger than any one account," said CEO Jack Dorsey, in his first earnings call following the ban of then-President Donald Trump last month, days after the Jan. 6 attack on the U.S. Capitol.

Opening arguments are set begin at noon ET Wednesday in Trump's second impeachment trial. An emotional first day ended with the Senate voting to hear the case on whether to convict the former president of inciting the Capitol riot even though he's no longer in office. Watching the proceedings from his Mar-a-Lago club in Palm Beach, Florida, Trump was furious at what he saw from his attorneys Tuesday, according to a person familiar with his thinking. The 50-50 split Senate is expected to acquit Trump.

5. Covid spike in the U.S. show signs of slowing

— The Associated Press contributed to this report. Follow CNBC's blogs on the markets, the pandemic, and Trump's impeachment trial.