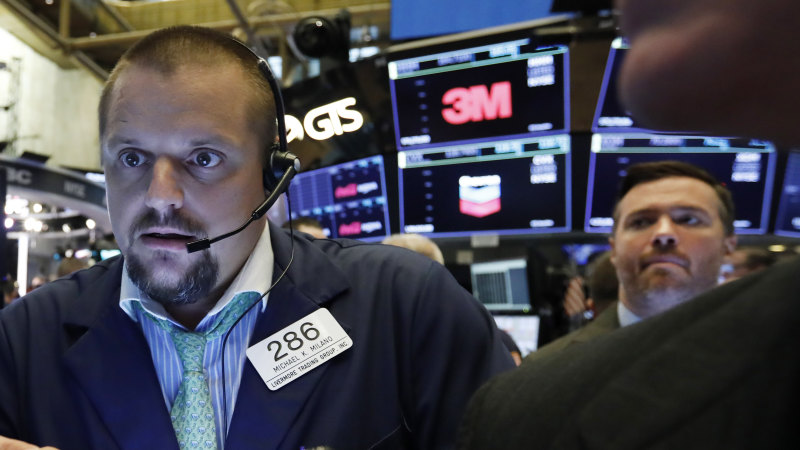 The US is about to start a largely untested experiment in monetary policy amid great uncertainty as to its effects. They could be benign or create a liquidity crisis in financial markets.

For most of the 13 years after the global financial crisis the US Federal Reserve Board has been buying US government bonds and bills and securitised mortgages; a program it ramped up dramatically in response to the pandemic. 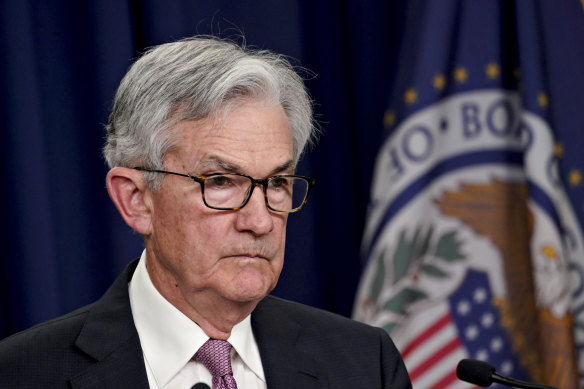 Federal Reserve chairman Jerome Powell. While the world has had substantial experience of quantitative easing (QE), or the purchases of bonds and other securities, it has little experienced of quantitative tightening (QT).Credit:Bloomberg

It stopped that buying in June and began allowing the securities to run off at a rate of $US47.5 billion ($68.8 billion) a month.

Now the rate of run-off is about to double, to $US95 billion a month, which means the biggest buyer of US treasuries is about to accelerate its withdrawal from the markets and about $US1.14 trillion of liquidity will be sucked out of the government bond and mortgages markets over the next year.

Combined with the new-found aggression of the Fed in raising US interest rates to tackle inflation in a US system that is the cornerstone of the global financial system, conditions and the amounts of liquidity in global financial markets are about to tighten significantly.

While the world has had substantial experience of quantitative easing (QE), or the purchases of bonds and other securities – Japan pioneered QE at the start of this century – it has little experienced of quantitative tightening (QT).

There was a brief period between 2017 and 2019 when the Fed started to allow its post-GFC purchases to run off – at about half the rate at which it is about to reduce its $US8.9 trillion portfolio – and that ended with an acute liquidity crisis in US financial markets in 2019.

The cost of short-term borrowing in money markets shot up to about five times its previous levels virtually overnight and only urgent and dramatic action by the central bank prevented the markets from completely seizing up.

We know from experience that QE inflated asset prices by encouraging investors to pursue riskier assets in pursuit of positive returns, with the central banks effectively providing a safety net that defused the higher risks. For much of the post-GFC period there has been little, if any, pricing for risk.

Will QT and the withdrawal of liquidity and that safety net work in the opposite direction, reintroducing risk premia and deflating asset prices? Will be it disruptive or, as former Fed chair and now US Treasury Secretary Janet Yellen once said, like “watching paint dry?” There are plenty of views but little certainty.

QT offers some hope that, in time, markets will again function as they are supposed to, hopefully without any of the destructive unintended consequences that some foresee.

A paper presented by academics from New York University at the Jackson Hole conference of central bankers and central bank watchers in Wyoming last week grappled with those questions. The paper questioned both the effectiveness of QE and expectations that QT can be executed without adverse effects.

The paper looked at what happened to the liquidity demands on banks during QE and whether they shrank during the earlier episode of QT.

With QE, when the Fed buys bonds or mortgages it increases the amount of banks’ reserves, which they finance by borrowing from non-banks.

QE is designed to compress yields on long-term financing and encouraged longer-term bank lending, which might have happened to some extent.

The paper found, however, that US banks didn’t take advantage of that compression, instead using the increase in reserves to shorten the maturity of their own borrowings, with the maturity-shortening effect of QE on banks’ liabilities offsetting the maturity-lengthening effects of QE or their assets.

In other words, the desired effects of QE were muted by the way commercial banks responded to it, indeed might have been perverted by the response, with the shortening of the maturity of their liabilities making it harder for them to fund long-term loans and with less liquidity in the system than might have been suggested by the increased levels of reserves.

That led the researchers to question whether the banking sector would, under QT, shrink the claims it has written on liquidity – the deposits the banks have taken and the lines of credit they have raised — at the same pace as the central bank withdraws reserves and suggest that this could lead to tightened liquidity conditions and the greater possibility of episodes of systemic liquidity stress.

Central banks therefore must look for growing liquidity mismatches, they said, referring to the behaviour of banks during QE and AT as “asymmetric behaviour” that explains tightening liquidity conditions and the occasional stress when QT is underway.

There are various estimates of how much QT will impact interest rates. The Fed’s Jerome Powell has said $US1 trillion of QT was equivalent to about a 25 basis point rate rise. 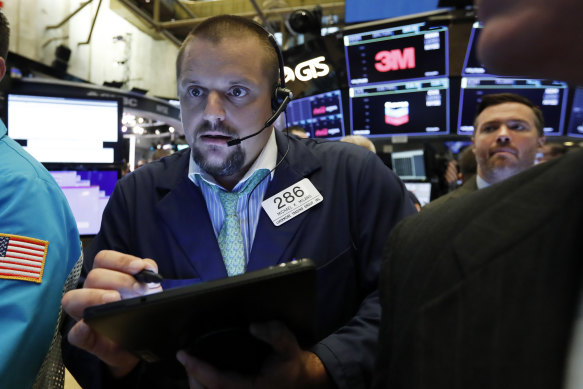 The 2019 experience, when the complex and opaque plumbing of the US financial system seized up, says that no-one, including the Fed, can predict the potential unintended consequences.Credit:AP

Other economists have estimated two years of QT (Powell has said he expected QT to last about two to two and a half years), or about a $US2.2 trillion shrinking of the Fed’s balance sheet, would be akin to a rate rise of between 29 and 74 basis points, depending on how volatile conditions were.
How much QT pushes up US rates (and global rates, given the influence the US Treasury market has on the rest of the world) is, however, probably of less consequence than the potential for unexpected impacts, with liquidity “events” and asset market crashes being the most obvious.

The 2019 experience, when the complex and opaque plumbing of the US financial system seized up, says that no-one, including the Fed, can predict the potential unintended consequences. This episode of QT is, of course, much more aggressive than that which led to the crisis in overnight markets in 2019.

While the Fed might not want too much focus on its balance sheet, which grew from about $US900 billion before the GFC to just over $US4 trillion in the post-GFC years and then exploded to $US8.9 trillion in response to the pandemic, there is a view that it could destabilise the US government bond market, the cornerstone of global financial markets.

That market, according to those who trade in it, is already experiencing patchy liquidity. As the Fed shrinks its balance sheet and its presence in the market, the demands on private buyers will grow, raising the potential for severe illiquidity and a dysfunctional market.

The 2019 scare occurred against a far more stable economic backdrop, without the raging inflation, the volatile geopolitics and the prospect of recession of the current settings.

In the longer term, if the Fed and its peers can unwind some of the $US12 trillion-plus they have pumped into the financial system in response to the pandemic without the markets convulsing it would be a positive development.

QE distorted all the normal pricing of risk that is fundamental to the effective workings of markets as efficient allocators of capital without, as the paper presented at Jackson Hole suggests, necessarily having the impacts it was supposed to.

After more than a decade of QE – and evidence in the markets’ tantrum in 2018 and the liquidity freeze in 2019 – investors’ conviction that the central bankers would always bail them out entrenched moral hazard in the financial system.

QT offers some hope that, in time, markets will again function as they are supposed to, hopefully without any of the destructive unintended consequences that some foresee.