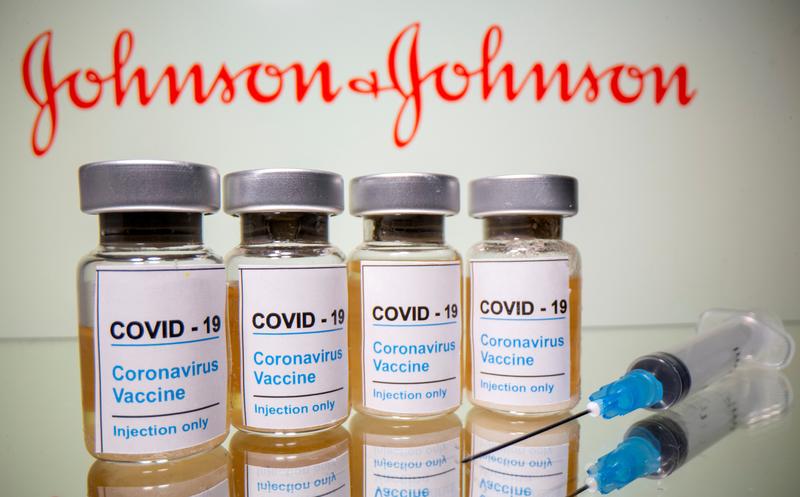 FILE PHOTO: Vials with a sticker reading, “COVID-19 / Coronavirus vaccine / Injection only” and a medical syringe are seen in front of a displayed Johnson & Johnson logo in this illustration taken October 31, 2020. REUTERS/Dado Ruvic/Illustration

NAIROBI (Reuters) – The African Union has dropped plans to secure COVID-19 vaccines from the Serum Institute of India for African nations and is exploring options with Johnson & Johnson, the head of the Africa Centres for Disease Control and Prevention said on Thursday.

The institute will still supply the AstraZeneca vaccine to Africa through the COVAX vaccine-sharing facility, John Nkengasong told reporters, but the African Union would seek additional supplies from Johnson & Johnson.

The statement comes the day after European and British medicine regulators said they had found possible links between AstraZeneca’s vaccine and reports of very rare cases of brain blood clots, but they reaffirmed its importance in protecting people.

Nkengasong said the possible link had nothing to do with the African Union’s decision. The bloc of 55 member states shifted its efforts to the Johnson & Johnson vaccine, he said, citing the deal signed last week to secure up to 400 million doses beginning in the third quarter of this year.