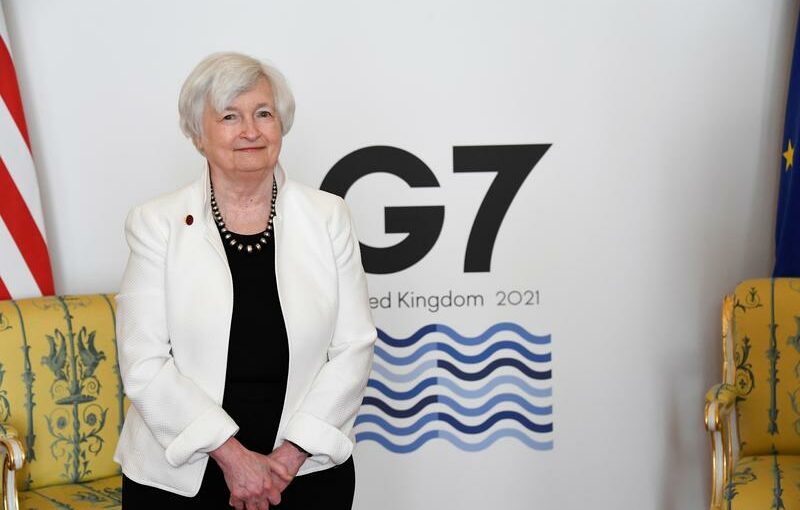 U.S. Treasury Secretary Janet Yellen poses as finance ministers from across the G7 nations meet at Lancaster House in London, Britain June 5, 2021 ahead of the G7 leaders’ summit. Alberto Pezzali/Pool via REUTERS

LONDON (Reuters) – Both Amazon and Facebook will fall under new proposals for a global minimum corporation tax agreed by the Group of Seven on Saturday, United States Treasury Secretary Janet Yellen said.

Asked whether the two companies would be covered by the proposal, Yellen said: “It will include large profitable firms and those firms, I believe, will qualify by almost any definition.”

The joint statement by G7 finance ministers earlier on Saturday said it would tackle tax avoidance by “the largest and most profitable multinational enterprises”.

Amazon has lower profit margins than most other tech companies, and European countries had been concerned it would escape extra taxation under initial U.S. proposals to the G7.