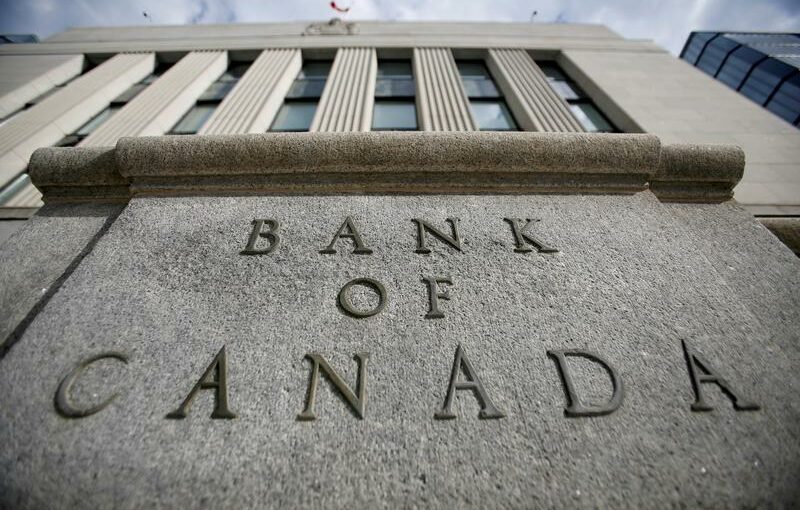 TORONTO (Reuters) – The Bank of Canada’s signal that it may begin hiking interest rates before the Federal Reserve has lit a fire under the Canadian dollar, but past tightening cycles show faster liftoff may not be sustained, particularly if the loonie overshoots.

In a move that surprised some investors last week, Canada’s central bank sharply upgraded its forecasts for economic growth and changed its guidance to show it could start raising its benchmark interest rate from a record low of 0.25% in late 2022.

It also tapered its bond purchases, becoming the first major central bank to cut back on pandemic-era money-printing stimulus programs. The U.S. central bank’s current guidance is to leave interest rates on hold until at least 2024.

Interest rate differentials are a major driver of currency markets. Too strong a currency could reduce the competitiveness of Canada’s exports, slowing economic growth. Canada sends about 75% of its exports to the United States.

The BoC has begun hiking borrowing costs ahead of the Fed twice since the start of the millennium – in 2002, following the 2001 recession in the United States, and in 2010, after the global financial crisis. In both cases it reversed all of the tightening before a new rate-hike cycle began.

“The idea that the Bank of Canada can go it alone ahead of the Fed without a large number of negative consequences for the Canadian economy is fundamentally flawed,” said Karl Schamotta, chief market strategist at Cambridge Global Payments.

“If the bank maintains its current trajectory and keeps communications as they are, then we see currency appreciation, which hurts the exports sector.”

That is the second biggest gain among Group of 10 currencies, after the Norwegian crown. Norway’s central bank has signaled it could raise interest rates in the second half of this year.

The gap between Canada’s 2-year bond yield and that of its U.S. equivalent has widened by 14 basis points since January to 16 basis points in favor of the Canadian bond, while money markets expect two BoC rate hikes in 2022, as opposed to one from the Fed, reflecting the Canadian central bank’s more hawkish stance.

“It doesn’t really make sense for the Bank (of Canada) to hike ahead of the Fed,” said Bipan Rai, North America head of FX strategy at CIBC Capital Markets. “I think when push comes to shove … they’ll be a lot more patient than I think the market is giving them credit for.”

But that economic optimism could waver if the currency strengthens too much.

“Canadian economic exceptionalism rarely lasts – the loonie could have an Icarus moment in the months to come,” Schamotta said, referring to the Greek mythological character who flew too close to the sun and plunged into the sea when his wings melted.