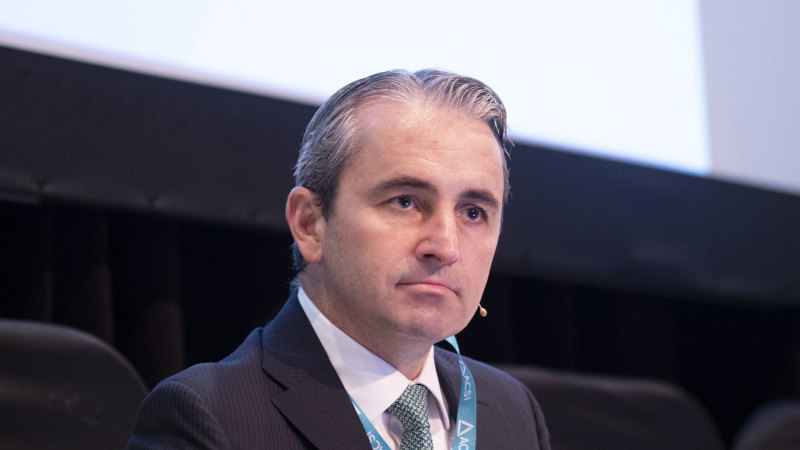 Commonwealth Bank’s chief executive says the failings uncovered during the financial services royal commission came about because the bank’s success led to complacency, ignorance and arrogance within its ranks.

Several years after the 2018 Hayne royal commission delved into misconduct at Commonwealth Bank of Australia and its rivals, chief Matt Comyn told an Australian Council of Superannuation Investors conference on Thursday that in the past the bank had become insular, which led to mistakes. 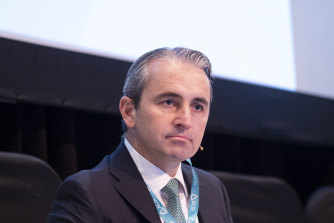 CBA chief Matt Comyn has reflected on the bank’s past failings.Credit:Elke Meitzel/AFR

“We had been successful. Some of that success led to complacency over time, some of it led to false beliefs about why we were successful,” he said during a conversation about how to turn around a company’s poor culture.

“We were very weak at managing non-financial risk. We didn’t have the capability. There was some naivety, ignorance. We had become arrogant, particularly dealing with some stakeholders, and that was very clear. And that’s that sort of deterioration, it happens over a period of time.”

Australia’s largest bank became insular, he said. “And so we stopped really looking for outside voices, we rationalised a lot of things… there were a lot of things that we needed to change.”

Comyn said that during this time, customers would stop him in the street, angry about what was happening at the bank.

“ I can remember being stopped in the street on Elizabeth Street and, not in an aggressive way, but just really ‘I bank with Commonwealth Bank … what the hell is going on?’ With some more colourful language than that,” he said.

He said branch managers in Adelaide had told him they were “embarrassed to walk down the street” with their uniform and badge on.

Comyn said since the commission, transparency had improved.

“We’ve made a lot of progress and fortunately at the moment I’m much more likely to get … stopped on the street with, ‘Looking forward to your full-year results, hope my dividend is looking OK’,” he said.

“I think any senior leader should always with humility recognise that … you can do an enormous reputational damage to yourself very quickly. And so it’s all about never resting on our laurels.”

The ACSI conference in Melbourne on Thursday was centred around environmental, social and governance issues, principles which have become more important for investors and companies in recent years. These include issues around diversity, equality and culture within companies, and the ways they are tackling climate change.

Ethical investments have soared as climate-conscious investors pile money into so-called green funds. But Australian regulators have warned companies they will crack down on “greenwashing” that misleads investors into believing they are investing in accordance with ESG principles.

The head of transition investing at Brookfield Asset Management, Mark Carney, told the conference that investors such as super funds needed to put pressure on companies in which they investto move towards net zero.

Carney, an economist and former banker who served as governor of the Bank of England and Bank of Canada, said investors had a responsibility to ensure the assets they owned were becoming less carbon intensive.

“In many cases … less sophisticated investors are pursuing a disengagement strategy or divestment strategy, so they’re moving away from emissions, as opposed to going to where the emissions are, identifying the companies where they can get them down,” he said.

“Our responsibility is to the assets we own and with climate comes a responsibility to ensure they are transitioning, and we are not just engaged in portfolio decarbonisation but actually a transition of those assets.”

Former APRA member Geoff Summerhayes said it was a legitimate strategy to increase exposure to carbon intensive assets to try to reduce their emissions, but it had to come with transparency.

“I think we see a lot of private equity activity in this area where there are carbon-intensive assets that can be accelerated to wind down that intensity, and the investors are benefitting from that transition pathway,” he said.

“I think prohibition of just saying we can’t invest in carbon-intensive assets is unhelpful, but it goes with conditions, and as investors, as credit providers, and insurers, we need to be transparent about what we are doing. But we are better to have those assets inside the tent and work with them to transition.”

HESTA chief Debby Blakey said engaging with companies on how they are managing low carbon transition and to drive greater action was more effective than divestment.

“Divestment alone will not drive down emissions and nor will it protect our members’ retirement savings that are invested across the whole economy,” she said.