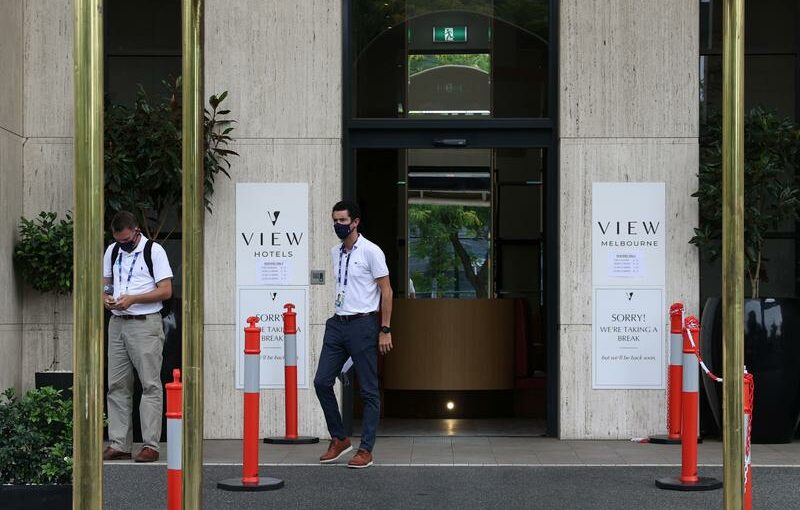 SYDNEY (Reuters) – The Australian state of Victoria is considering making N95 masks mandatory for quarantine hotels and will also ban nebuliser machines for inhaling medication at them, after a cluster of three cases was linked to a hotel.

The first case linked to an infected traveller in quarantine at the Holiday Inn Melbourne Airport was a hotel worker with two more cases reported on Wednesday.

The hotel has been shut until further notice for cleaning and contact tracing.

Victoria state chief health officer Brett Sutton said the working hypothesis was the new cases came from “an exposure event that involved a medical device called a nebuliser and it vaporises medication or liquid into a fine mist”.

The mist can remain suspended in the air for several minutes, Sutton said.

Sutton said the returning citizen, who is in intensive care, had used the nebuliser and inadvertently passed on the disease to three other people, including another hotel guest.

The state’s premier, Daniel Andrews, said nebulisers must be kept out of hotel quarantine rooms while quarantine commissioner, Emma Cassar, said a requirement for N95 masks, which offer greater protection than ordinary surgical masks, in quarantine hotels was being considered.

Australia has been among the world’s most successful countries in handling the novel coronavirus, largely because of decisive lockdowns and borders sealed to all but a trickle of travellers, with some 22,000 cases and 909 deaths.

But its quarantine hotels, where all international arrivals have to spend two weeks, have proved to be a weak link in its defences with the cluster in Melbourne the latest to emerge from one.

Other states also maintained their runs of no local cases.