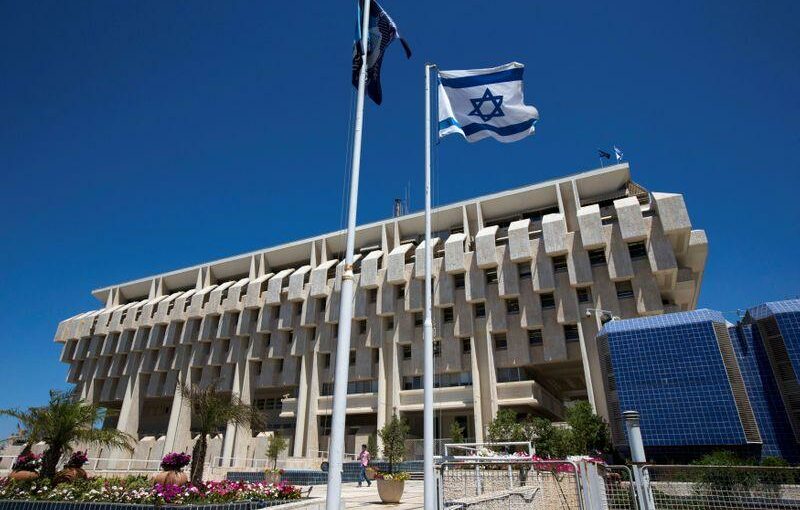 JERUSALEM (Reuters) -The Bank of Israel said on Thursday it would end its bond buying stimulus programme by early December and suggested it could raise rates in 2022, amid rising inflation and a rebound in the economy after a series of COVID-19 lockdowns.

After the bank left its benchmark interest rate at 0.1% for a 12th straight policy meeting, its own economists, in an updated forecast, projected a possible 15 basis point rate hike in the coming year — a scenario Bank of Israel Governor Amir Yaron said was “reasonable.”

When asked if Israel would wait for a U.S. Federal Reserve rate hike, he said: “We could be before or after … We have the ability to be patient” since inflation is relatively low to other places.

The central bank also said it would end its quantitative easing programme, opting not to extend government bond buying beyond a planned maximum of 85 billion shekels ($26 billion). So, far the bank has bought some 77 billion and Yaron said it would stop by December.

“This is of course so long as we will not find ourselves in a stress scenario or other situation requiring immediate action,” he told a news conference after the rates decision. “We have already been in a tapering process for some time.”

All 15 economists polled by Reuters had said they expected the monetary policy committee to keep rates steady after doing so ever since cutting them from 0.25% at the outset of the COVID-19 pandemic.

Israel’s inflation rate rose to 2.2% in August – above the midpoint of the government’s 1%-3% annual target range.

Yaron said that after a period in which central banks focused mostly on stabilizing financial markets and supporting economic activity, “the issue of inflation is returning and becoming the main issue with which we and monetary policy makers around the world are dealing.”

The situation in Israel, Yaron said, is different than in Central Europe, where amid a strong recovery, consumers are facing some of the highest inflation rates in the European Union. That has led to rate hikes in Poland, the Czech Republic, Hungary and Romania.

“Their inflation is much higher than their targets by a number of percentage points so the comparison is not relevant,” Yaron said.

At the same time, a rapid COVID-19 vaccination rollout in which 40% of Israelis have received a third booster shot has led to an economic rebound, with the country largely free of virus-related restrictions. The economy grew an annualised 16.6% in the second quarter from the prior three months.

Separately, the central bank said it bought $1 billion of foreign currency in September, bringing total purchases to above $28 billion so far this year. The bank has said it would buy $30 billion of forex in 2021 to help contain the Israeli shekel’s gains.

The shekel was mostly flat at a rate of 3.225 per dollar.