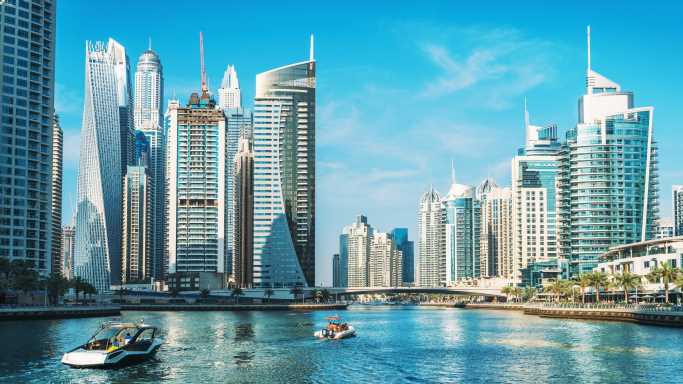 Investors who see the Gulf remaining an economic safe harbor amid the global downturn this year can broaden their exposure to the sub-region through a new dedicated bond ETF.

Tabula Investment Management has launched an ETF tracking USD-denominated government bonds issued by the Gulf Cooperation Council (GCC), the first fund of its kind in Europe.

The Tabula GCC Sovereign USD Bonds UCITS ETF (TGCC LN) zeroes in on these six economies by tracking the ICE Gulf Cooperation Council Government Bond ex-144a Index (EGCC Index). The index, also developed by Tabula, includes about 100 AA- to B-rated government bonds (all with a minimum maturity of one year and a minimum outstanding sum of $500 million). The Index applies a 25% cap in weighing across the six countries and currently has a yield of 5.2% and a duration of 7.8 years.

Tabula management sees the GCC as a bright spot on the emerging market (EM) map.

Buoyed by higher commodity prices, the GCC has come off a strong 2022. The bloc’s combined GDP surpassed $2 trillion last year, making it the ninth-largest economy worldwide.

While natural resources remain their bedrock, Gulf leaders are keenly aware they must shift beyond hydrocarbons toward more innovative, sustainable economies of the future.

In recent years Gulf countries have embarked on a variety of ambitious, multi-decade missions to diversify industries and attract global capital to their shores. Saudi Arabia’s ambitious Vision 2030, for instance, envisions a booming domestic defense industry and thriving tourism for the Kingdom, replete with a new futuristic megalopolis in the desert. Qatar’s recent hosting of the World Cup – on which it spent $220 billion – is part of a wider play to raise its profile on the global stage and turn itself into a business hub.

It’s still too soon to tell if these grand projects will come to fruition, yet in the immediate future, things look promising.

The World Bank estimates the region will achieve a 4.1% GDP growth next year, substantially higher than the estimated global growth rate of 1.7%.

Yet there are risks. Given their ongoing dependence on oil and gas, the Gulf countries are especially vulnerable to fluctuations in commodity prices. While the GCC are among the more stable states in the Middle East, they are nonetheless exposed to political instability in the wider region. GCC countries are also highly dependent on foreign investment and trade, which may see a downturn amid a global macroeconomic downturn.

TGCC LN is currently trading at around $10 on the London Stock Exchange with an expense ratio of 0.45%.

This article was produced by and syndicated by Wealth of Geeks.