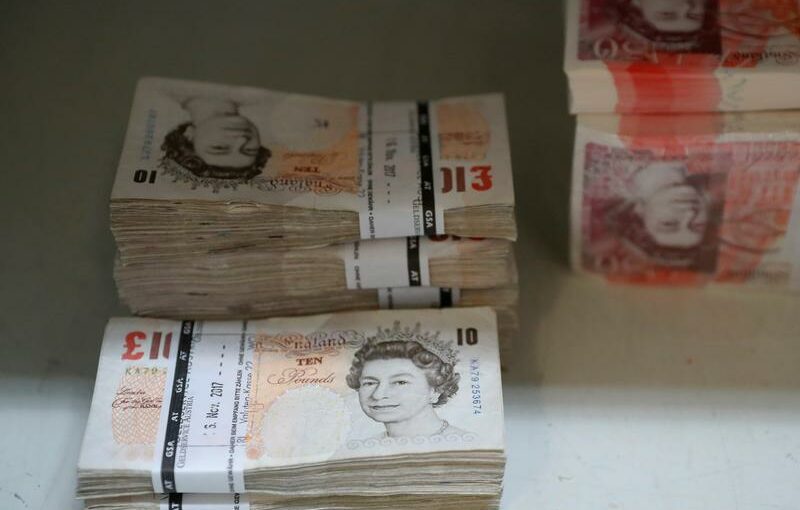 LONDON (Reuters) – Britain’s so-called Freedom Day saw the pound fall to a three-month low in early trading on Monday, as a cautious tone in global markets meant riskier currencies lost out in favour of the safe-haven dollar.

Britain is facing a new wave of COVID-19 cases, but Prime Minister Boris Johnson is lifting most restrictions in England in what some have dubbed Freedom Day. Johnson has urged the public to remain cautious.

Last week, the pound had its worst week in a month versus the dollar, and this downward turn continued on Monday with sterling hitting $1.37125 at 0710 GMT, its lowest since April 13.

Global markets showed signs of investors’ risk-aversion, as stocks fell and safe-haven currencies gained. Analysts cited fears of inflation and concern about the Delta variant of the coronavirus as the main drivers behind the cautious turn. London’s FTSE 100 was at a two-month low.

“The world will be watching the U.K. experiment with huge interest,” wrote Deutsche Bank strategist Jim Reid in a note to clients.

“It could show a pathway back towards normality or it could be a warning to even heavily vaccinated countries that COVID will be a problem for a decent length of time still.”

Britain has the seventh highest death toll in the world and is forecast to soon have more new infections each day than it did at the height of the second wave of the pandemic. But it is ahead of its European peers in terms of vaccine rollout.

Positioning data showed that speculators’ net long position on the pound – bets that the pound will strengthen – was cut to its smallest since January 2021, in the week to July 13.

For the week ahead, retail sales data and flash PMI surveys both on Friday, will be closely watched.

A European Central Bank (ECB) meeting on Thursday is also in focus. Two weeks after unveiling its closely anticipated strategy review, the ECB will face questions on what its new 2% inflation target might mean for policy.

ING strategists took a bearish stance on the pound, writing in a note to clients that, while euro-sterling would likely remain rangebound, “the downside risks to EUR/USD stemming from the ECB July meeting this week suggests a lower GBP/USD”.